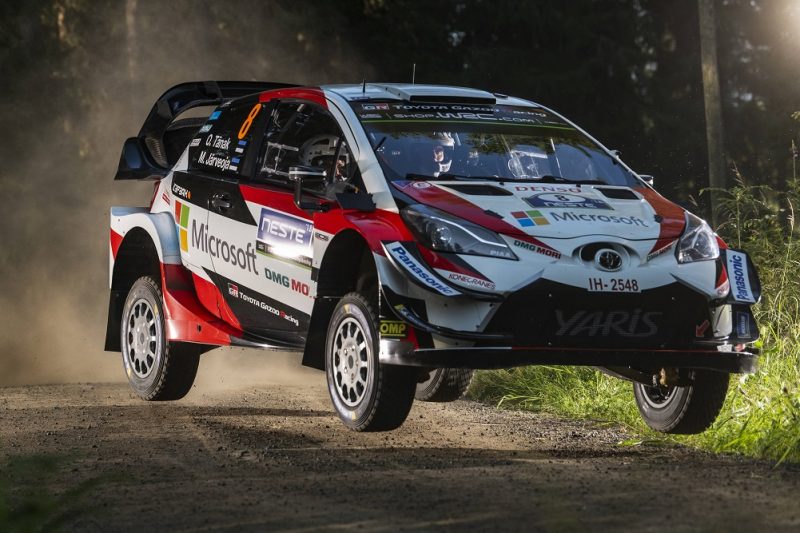 Toyota Gazoo’s Tanak started Friday by extending his overnight lead with a win in Special Stage 2 through Moksi, at which time Ostberg moved to second overall.

Ostberg took a half-second lead by winning SS4 in his Citroen, only for Tanak to reclaim it by topping SS5.

The ascendancy swung back to the Norwegian when Ostberg won SS6 and the pair tied at the top of SS7.

He held it for another stage before Tanak took out SS9, and the Estonian notched up another win in SS10 before ending the evening 5.8s to the good.

The result gives Tanak a far more favourable road position than the third he carried through the Friday.

“Everything has been working just perfectly,” he said.

“I have a lot of confidence in the car and it is really nice to drive on these roads. Except for one moment where I stalled the engine and lost a bit of time, I did everything that I could.

“The roads have been pretty slippery with a lot of cleaning. Tomorrow, we will have the same conditions as the guys we have been fighting with today, which will be good, but it still won’t be easy.”

Ostberg backed off late in proceedings due to tyre wear but is still 17.3s ahead of next-best Jari-Matti Latvala in another Yaris.

The Finn won SS3 and prevailed over Hayden Paddon and Teemu Suninen in the battle for best of the rest.

Brake problems for Suninen’s M-Sport Ford meant that he ceded fourth position to a consistent Paddon in the #6 i20.

“I think we can be pretty happy with our opening day, even if we could have probably taken a few more risks,” said the New Zealander.

“We didn’t want to overdo it, because we were focused on getting the set-up right for the whole weekend. We’ve now got to build on this over the next two days.”

Sebastien Ogier received some assistance from M-Sport Ford team-mate Elfyn Evans, who slowed on the day’s penultimate stage to assist the defending World Rally Champion in his title fight with Thierry Neuville.

Ogier then went and also won the night’s final stage, another run through the Harju super special.

Neuville is only 10th having run his Hyundai off-course and touched a tree in the final stage of the morning loop, while he was also hampered by road position all day.

Team-mate Andreas Mikkelsen is only 16th having rolled his i20 during the morning.

Craig Breen (Citroen), in ninth overall, was also a stage winner on the day.