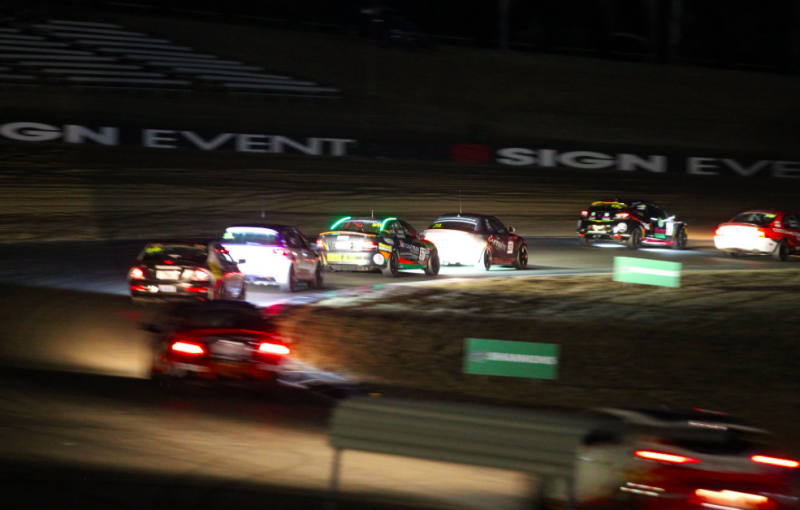 Action from the Fight in the Night pic: Australian Production Car Series

After three aborted starts, the BMW M3 duo emerged in the lead at the halfway point of the 300km enduro held under lights at the Ipswich circuit.

Leahey and Lynton went on to take the victory with a comfortable 7.2s margin over the Lotus Exige of Ryan Simpson and Jim Pollicina.

The top four cars were all competing in the A1 class.

While Leahey and Lynton claimed the win, the race was not without incident having been halted by the Safety Car on four occasions.

One of those stoppages was caused by Ryan Spa who rolled his Suzuki Swift after 17 laps.

The driver emerged from the vehicle without injury.

It proved to be another disappointing day for Tony D’Alberto and Grant Denyer.

The Lotus pair were among the contenders for the race win after leading the opening 43 laps before mechanical dramas hampered the entry, which eventually finished in 21st position.

Meanwhile, Justin Anthony and Karl Begg were fifth outright and first home in Class A2, while Robert Rubis and Scott Turner took out Class B1 honours in ninth.

Class C went to brothers Kyle and Blake Aubin in 12th outright, with Class I going to Jamie Furness and Brad Wickham in 13th.

Chris Manley took out Class D in 18th, with Cem Yucel and Iain Salteri taking out Class E in 19th.

The Australian Production Car Series will return tomorrow for a second 300km race. 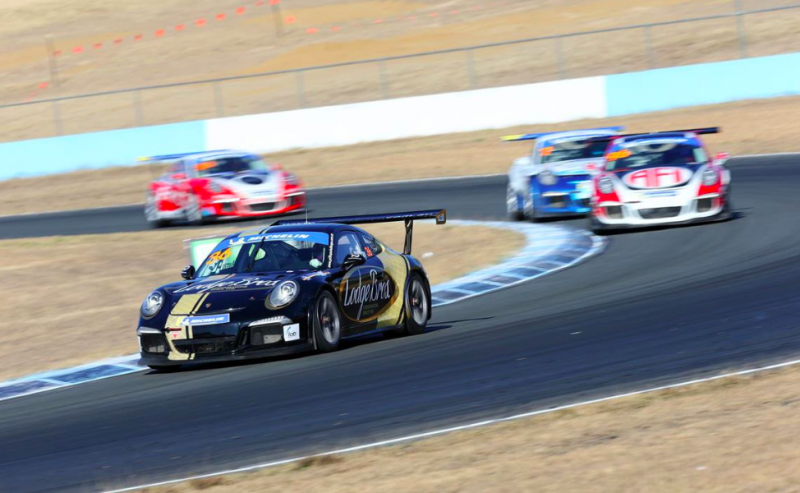 Cooper Murray held off Max Vidau to claim victory in the Jim Richards Endurance Trophy race which was the first of three heats for the Porsche GT3 Cup Challenge this weekend.

Polesitter Murray fell to third behind Vidau and Simon Fallon after a poor start but wasted little time in launching a recovery drive.

By Lap 2 he found his way by Fallon before heaping pressure on early leader Vidau, who lost the lip of his front splitter which affected the handling of his car.

Vidau eventually succumbed to Murray’s challenges shortly before the the race was interrupted by the Safety Car, called to retrieve Scott Taylor’s car with four laps remaining.

The clean up left only one racing lap for Vidau to respond but it was Murray who held his nerve to take the chequered flag and extend his series lead to 84 points.

Murray has also opened up a 12 point advantage over Vidau in the Jim Richards Endurance Trophy standings.

“I managed to make the race pretty hard for myself once I stuffed the start,” said Murray.

“I then had to fight back to the front, so it was good to finally get there by the end of the race.

“After the start I tried not to overdo it too early. I managed to reach Max and from there he made it pretty hard for me, hugging the white lines. I got by just before the safety car and managed to get a good restart and pull a gap in the last few corners.”

Jimmy Vernon managed to hold off Chelsea Angelo and Fallon to the secure the final spot on the podium after an entertaining scrap over the 40 lap distance.

Local racer Brett Boulton was the star Pro-Am driver of the race, placing sixth outright en route to his second class race win of the season.

Christian Pancione was the best placed Class B contender in ninth.

Randle blitzed the field in his Saab to take out the 15 lapper by a massive 27 second margin over nearest rival Steven Tamasi (Holden Calibra).

Multiple series winner Tony Ricciardello, who started from second on the grid, retired from the race on Lap 8 after mechanical issues struck his Alfa Romeo GTV.

The grid will return for another two races on Sunday. 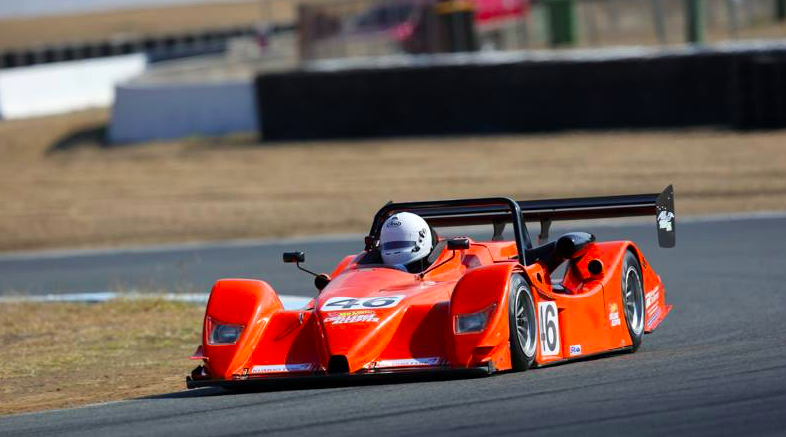 After initially losing the start to Jason Makris, Barram’s Chiron LMP3 emerged in the lead at the end of the first lap where he stayed for the balance of the race.

Makris lost out to Mark Laucke’s West in the closing stages to claim second with the former completing the podium.

Young gun Sage Murdoch was fourth, ahead of the first Radical of Stephen Champion.

The field will contest a 20 minute race followed by a 25 minute heat tomorrow to round off the weekend.

Giblin took the chequered flag by 7.5s from Cameron Bartholomew, while Brett Parrish rounded out the podium.

Speedcafe.com will broadcast all the action from the final day of the meeting.