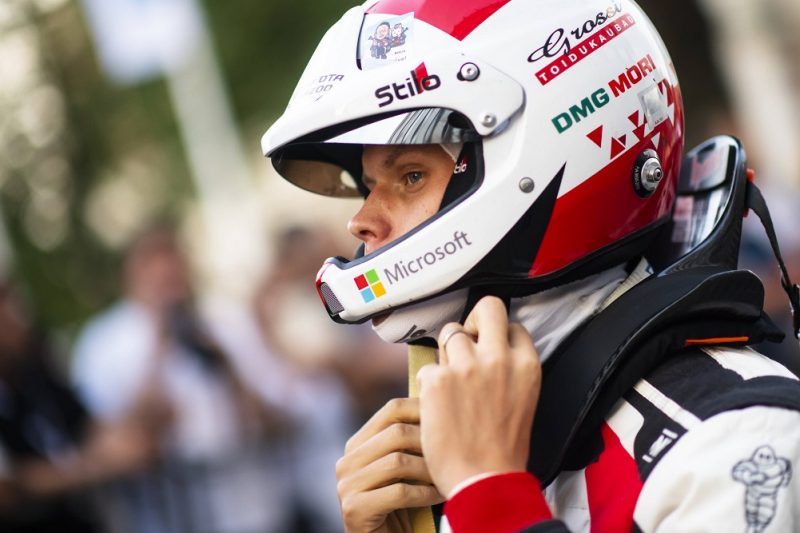 Toyota’s Ott Tanak has set the fastest time in the first stage back from the World Rally Championship’s mid-season break at Rally Finland.

The Estonian topped the 2.31km Harju super special stage by 0.7s in the #8 Yaris from championship leader Thierry Neuville of Hyundai.

Sebastien Ogier (M-Sport Ford), second in the standings, and Andrea Mikkelsen (Hyundai) were each another 0.1s slower in third and fourth respectively.

The second and third Toyotas of Esapekka Lappi and Jari-Matti Latvala, also highly favoured for the rally, were fifth and eighth respectively.

They were split by two of the Citroens in Mads Ostberg and Craig Breen, who set identical times.

Friday action begins this afternoon (AEST) and features 10 stages totalling 126.37km, with two gravel loops near Jyväskylä and another run through Harju.