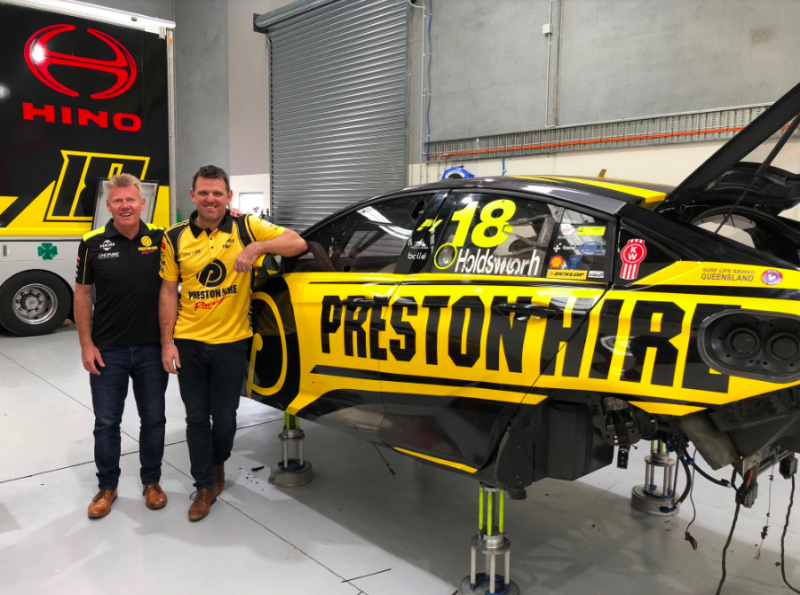 Preston Hire Racing has moved to replace Matthew Brabham as its co-driver for the upcoming Pirtek Enduro Cup.

The single car outfit decided to make a switch to its driver line-up, opting for a more experienced pilot to share the #18 Holden ZB Commodore with primary driver Lee Holdsworth.

Bright had looked set to miss out on the enduros prior to the sudden change.

“Our team has made a really tough call and has asked Matt Brabham to step aside for our 2018 Enduro campaign,” said Schwerkolt.

“Our category is so competitive and with limited test days it makes it incredibly difficult to get up to speed. Matty’s an amazing guy with incredible potential.

“The team and I are really thankful for his time and we look forward to seeing him again soon with Preston Hire Racing.

“I’d really like to welcome Jason Bright in joining the team and filling in at such short notice. He has a wealth of experience and look forward to seeing what he can bring to the team.”

Brabham had been signed to fill the role earlier this season but had limited Supercar experience having only ever contested one race meeting when he was drafted in to drive for Lucas Dumbrell Motorsport at Perth last year.

The grandson of the late three-time Formula 1 world champion Sir Jack Brabham cut laps at the pre-season test at Sydney Motorsport Park in February before completing the Additional Driver session at Winton in May.

Following the outings Brabham was involved in testing crash at Winton that required the team to abandon its test day to carry out significant repairs to its car.

He jumped back behind the wheel in the Additional Driver session at Queensland Raceway last weekend.

“Obviously I am disappointed with the position,” said Brabham.

“The incident at Winton was unfortunate, but my fault, and not being able to get that test day back hurt our program.

“I thank the #18 team for initial opportunity and wish Lee (Holdsworth) and the team all the best for the Pirtek Enduro events.

“I have to thank my tremendous group of personal sponsors, especially Markus Preston and Preston Group, who have supported me this year and who we can hopefully reward with a title in the SST championship.

“We will continue to push on with our goal still a full-time ride in either the US or Australia.”

Brabham will now focus on his Stadium Super Trucks campaign which sees him lead the series by 30 points heading into the next round at Road America from August 24-25.

* denotes pairings are yet to be confirmed.