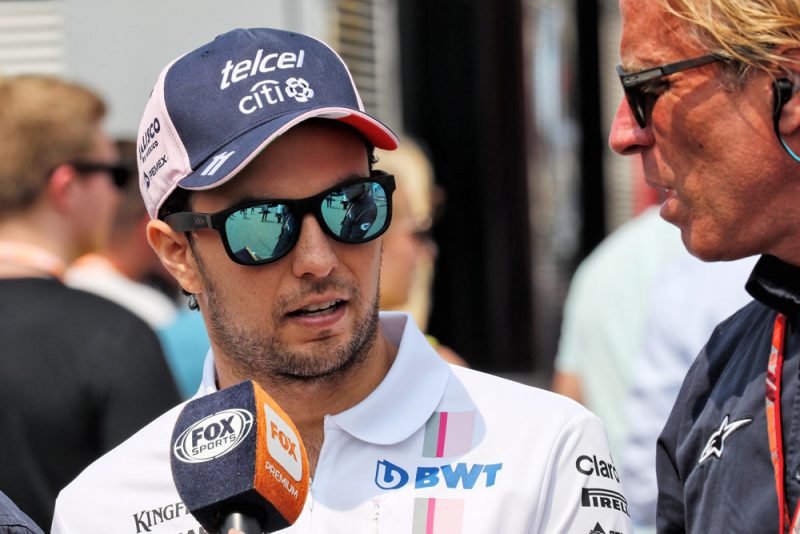 Sergio Perez has admitted that he has options away from Force India for next season as the team faces growing uncertainty surrounding its future.

Perez has raced for Force India since his sole year with McLaren in 2013, though the 28-year-old is out of contract at the end of the season.

As he ponders his future, uncertainty hangs over the finances and future ownership of the team.

Speculation over the team’s future has been rife for quite some time, with billionaire Lawrence Stroll, father of Williams driver Lance Stroll, the latest to be touted as a possible new owner for the team.

Indian businessmen Vijay Mallya and Subrata Roy currently own the squad, though both face a number of legal issues outside of F1.

According to Perez, the uncertainty surrounding the team’s future is playing on his mind as he looks to put pen to paper for 2019.

“At the moment the situation is critical,” admitted Perez.

“There’s no secret that the financial problems have held the team back quite a bit.

“If you look at the results, because F1 is just about results, we are fifth in the constructors’ championship, and you can not imagine the financial issues that we’ve had so far.

“It just shows the potential this team has,” he added.

“Definitely, I would like to see what happens in the coming weeks and months, what happens with the team, because I believe it is a great team.

“I’m not in a hurry because I know I’m in a great position, but the sooner the better.”

Only Mercedes has confirmed its complete driver line-up for next season, announcing Lewis Hamilton and Valtteri Bottas at the German Grand Prix last weekend.

However, there are midfield opportunities, with seats available at every other team on the grid, including Haas where Romain Grosjean is under pressure.

The Frenchman is in the last year of his current deal, and while the team is believed to hold a one-year option, team principal Guenther Steiner has stated he wants to see greater consistency from his driver.

“Consistency is the magic word and he (Grosjean) knows that, it’s nothing new to him,” Steiner explained.

“He’s pretty outstanding on a good day, we just need to get him a bit more consistency.”

Steiner confirmed that other drivers have been in touch about a drive with his team for 2019, though for the moment he’s in no rush to make a decision.

“Everybody’s looking everywhere but nobody’s deciding what to do, so somebody will make the first move,” the Haas team boss said.

“We can decide before, we don’t have to wait for their decisions, but that will trigger the market. We will decide after the holiday what we want to do.”

The well funded squad, now in its third season in F1, has proved a strong midfield contender.

It is also an attractive proposition due to its close links with Ferrari, buying in as much componentry as the regulations allow leaving many to suggest it could provide a stepping stone into the Scuderia.

“I’m lucky enough to have a couple of options,” Perez said of his situation.

“Obviously we all want to be driving in the top two teams, Ferrari or Mercedes, so obviously it’s very unlikely that I’ll have an opportunity there for the next years, so you have to look at where is the best option for your future, where you can show your talent.

“I’ve been for the last two years the best of the rest in the drivers’ championship.

“I just want to see what’s possible for next year, which teams have a vacancy, and then decide.”