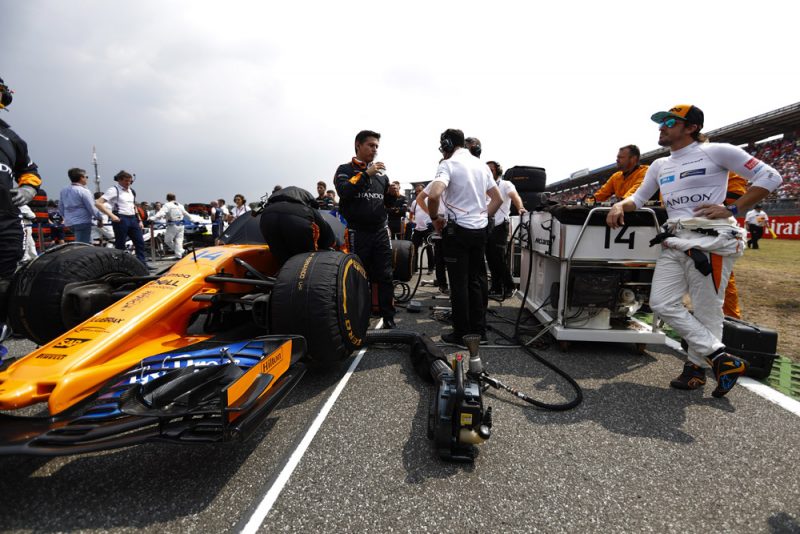 McLaren’s Fernando Alonso believes the team has finally gained an understanding of the problems that have plagued its 2018 car.

The current season as been a difficult one for the squad, which has failed to take the strides forward expected following a switch to Renault power units.

The 2018 car has also proved difficult to understand, though according to Alonso the team is now on top of the areas where it’s been left wanting, lessons that can be applied to next year’s car.

“We are working very hard and very deep into the weakness of the car,” explained Alonso.

“After investing three or four Fridays, FP1s, just doing aero development and aero understanding, we know that maybe we compromise a little bit the race weekend and the performance in qualifying, but we get a lot of information on those Fridays and I think now we are in a point of we know exactly what to do.

“There are some fixes for this year, but let’s say that 70 percent of the knowledge and the understanding of this car will be for next year’s project, because it requires time, three or four months development and windtunnel time etc, that is probably better to invest for next year.

“I think we have a clear direction now, so that’s the most important thing.”

Now the team has a better understanding, Alonso hopes that the upgrades it brings to the track work more reliably.

McLaren has fitted various experimental parts to the car throughout the season, though not all of these have added performance to the car.

This weekend the team will again debut a number of development parts, with Alonso more optimistic given the team’s better grasp of the MCL33.

“We were between seventh and 10th in Australia at the beginning of the year, we came back from seventh to 10th in Barcelona, Monaco, and then we are going back, back,” Alonso explained.

“Hopefully this weekend will put us in this front part of this midfield group.”

“We have some updates into this race and we will concentrate in validating those as well, not only the normal understanding of the car,” he added.

“Also we need to test the performance and the gains of the last parts, so hopefully we see some better results.”

After scoring in the opening five races of the season, McLaren has had just two points finishes since the Monaco Grand Prix, and now sits seventh in the constructors’ championship.

The Hungarian Grand Prix begins with opening practice at 1900 AEST on Friday.