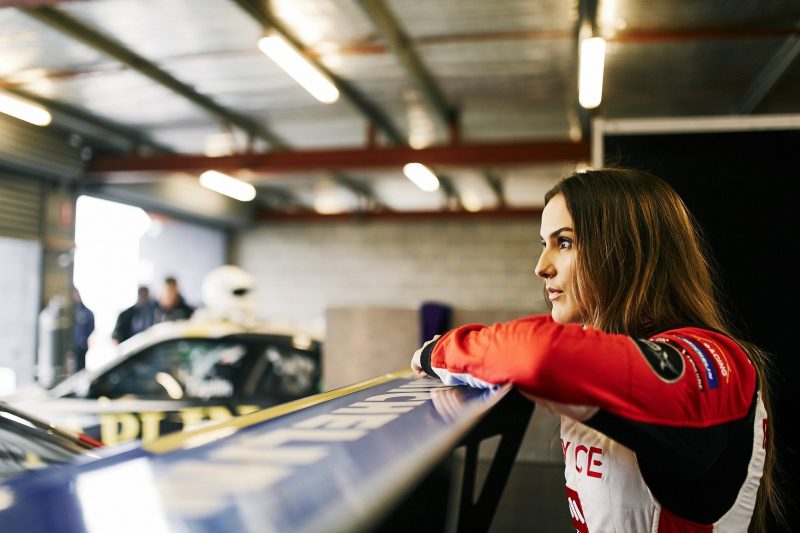 Chelsea Angelo believes that building momentum is key to her career aspirations as she begins to cast an eye towards 2019.

The 22-year-old this year joined Wall Racing for a tilt at Porsche Michelin GT3 Cup Challenge after not turning a racing lap at all in 2017.

That move followed two years in the Dunlop Super2 Series where funding shortfalls prevented any continuity as Angelo entered a total of seven rounds across three different teams, after she had finished runner-up in the National Class of Formula 3 in 2014.

She was named a Michelin Junior for this year’s Porsche GT3 Cup Challenge and is currently fifth in her first season in German marque’s local system.

Angelo, who linked with a new manager midway through last year, sees at least her short-term future within Porsches in a bid to establish herself in the sport but maintains a desire to reach Supercars. 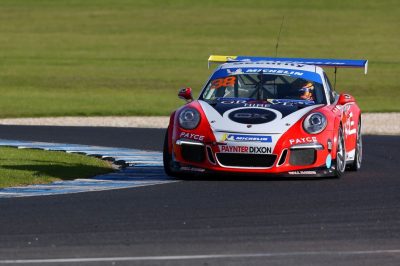 “I was kind of all over the place, which made it hard, so we thought with the level that I was at that it made sense to do GT3 (Cup Challenge) this year.

“It’s really good with Porsche because Porsche run a really good pyramid; a lot of kids step into the GT3 Cup Challenge series and make their way into Carrera Cup, and it’s a really good base.

“I did Formula Ford then Formula 3, and we were going along the right path to hit Supercars and then funding and sponsorship was a bit hard for me to maintain that so we dropped off, we got back on, we dropped off.

“Now we’ve found that we’re running in Porsches this year and it makes sense for us to keep going down the Porsche pyramid.

“Obviously our next goal is to potentially run in the Carrera Cup series next year, and whether we run two years in Carrera Cup or just a year in Carrera Cup, hopefully we hit Supercars.

“I still have my mindset looking to get to Supercars but with the way Porsche runs, and what they do overseas, it’s definitely an option for me as well.”

Angelo started the season in the car which team owner David Wall took to the Carrera Cup title last year.

While she wrote that car off in a crash at Sandown’s Dandenong Road complex during Round 2, she remains upbeat about the season to date and the environment at Wall Racing.

“This year’s been going really well for me so far,” said the Melburnian.

“We’ve done reasonably well at every round apart from our accident at Sandown, which was really unfortunate, but mistakes happen and we’ve moved on from it.

“We came back and did quite well at Phillip Island and we’re hoping to do even better in the next few rounds of this year as well.

“I absolutely love working with Wall Racing. They’re incredible people, David’s a real top bloke and he’s a champion himself in Porsches so it’s always good to have that mentor like himself to give me advice.

“The whole team dynamic is amazing, it’s just unreal. I’ve never been in a team that works the way Wall Racing does, so I feel very comfortable with them and I’m very happy with working with a team like that as well.”

Cooper Murray leads GT3 Cup Challenge ahead of Round 4 of six this weekend at Queensland Raceway’s Shannons Nationals meeting.