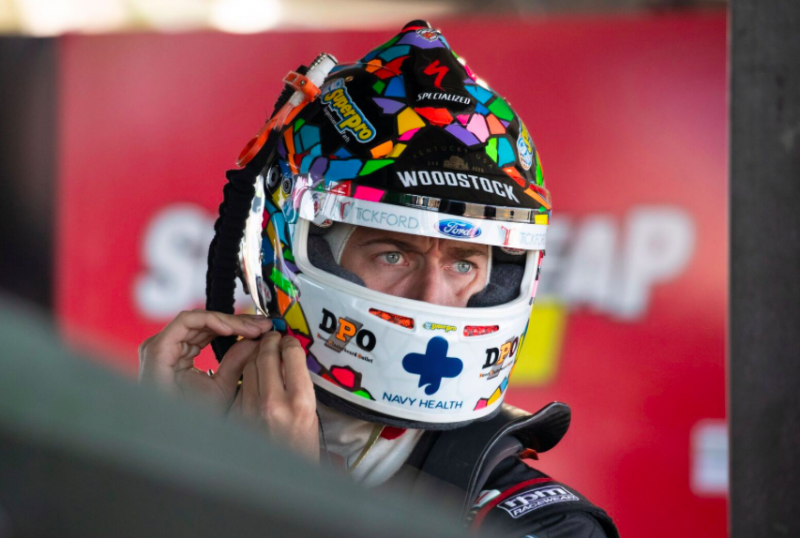 Tickford Racing is adamant Chaz Mostert will remain at the squad next year despite the driver ducking questions regarding his future during the Coates Hire Ipswich SuperSprint.

Mostert has been linked to a possible move away with the rumour mill further fuelled by the driver’s refusal to answer questions about his 2019 plans during a Fox Sports news bulletin and when asked by Speedcafe.com last weekend.

The 2014 Supercheap Auto Bathurst 1000 winner is contracted to Tickford for next year, but has been touted as an option for the potential vacant seat at Triple Eight, following Craig Lowndes’ retirement at the end of the year.

Nissan Motorsport’s Simona de Silvestro has however been tipped as the favourite to replace Lowndes with the driver yet to confirm her plans for next season.

While coy on the speculation, the Swiss driver’s manager attended last weekend’s race at Queensland Raceway.

Responding to the speculation surrounding his driver, Tickford co-owner Rod Nash has quashed any rumours regarding Mostert’s future at the team, which he has driven for in the main game since 2014.

The operation will welcome the new Ford Mustang Supercar next year.

“Absolutely,” Nash told Speedcafe.com when asked to comment on whether Mostert will be at the team next year.

“Chaz is pretty excited as the rest of the boys are with the whole Ford Mustang project (for 2019) and they are pretty genuine guys as well.

“There’s nothing going on there because he’s currently contracted into next year.

“Certainly Chaz, is aware of and a part of our plans and contributing to the plans for next year for the Mustang, and is looking forward to it.

“I think that is a bit of a rumour mill out there that started there from the Lowndes announcement. There are no ifs or buts and not just from the team’s perspective but from Chaz’s perspective too.

“We’re all on under contract with each other. I’m certainly not aware of anything.”

Mostert has endured a difficult season so far as Tickford battles to overcome struggles with its Falcon package on the 2018 specification tyres.

Last weekend appeared to yield a breakthrough moment for the 26-year-old who scored a maiden podium finish and only the team’s second of the campaign.

The result has seen the driver climb to eighth in the championship standings ahead of the Red Rooster Sydney SuperNight 300 from August 3-4.