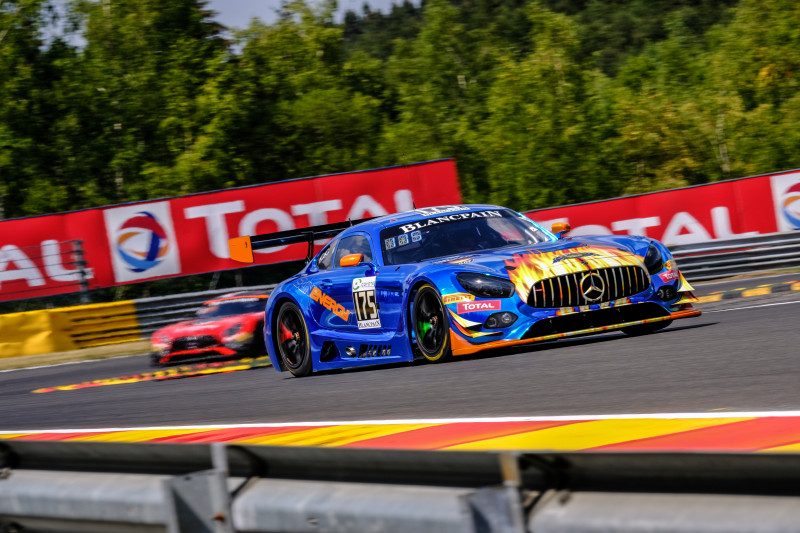 SunEnergy1 Racing’s Kenny Habul has finished second-fastest in the Bronze driver test for this weekend’s 24 Hours of Spa.

Habul clocked a best lap of 2:21.927s in the HTP Motorsport-run #175 Mercedes-AMG in what was his first ever session at the iconic Circuit de Spa-Francorchamps.

The United States-based Australian is entered in the Pro-Am Cup class with Austrian Martin Konrad, who also ran in the Bronze Test, and German aces Bernd Schneider and Thomas Jaeger.

The three-hour Bronze Test was the start of on-track proceedings for this year’s 70th edition of the 24 Hours of Spa and was open to all Bronze-graded competitors and any Silver drivers who had not previously contested the race.

There will be a break in track activity on Wednesday (local time) for a parade of prestige race and road cars, which has become an annual tradition since 2002.

The cars will be parked in front of Spa Casino, where the drivers’ briefing takes place in the theatre.

Habul is the only Australian contesting what is the flagship race of the Intercontinental GT Challenge, which began with February’s Bathurst 12 Hour when he finished second outright with Jamie Whincup, Raffaele Marciello, and Tristan Vautier.

Australia’s only 24 Hours of Spa outright winner to date was David Brabham in 1991, while Habul’s hero Peter Brock finished second outright and first in class in 1977.

The sole New Zealand representation in the 2018 edition is Earl Bamber, who will drive with Timo Bernhard and Laurens Vanthoor in the KUS Team75 Bernhard Porsche 911 GT3 R.

Track action resumes on Thursday with free practice and the start of qualifying, including night-time running.