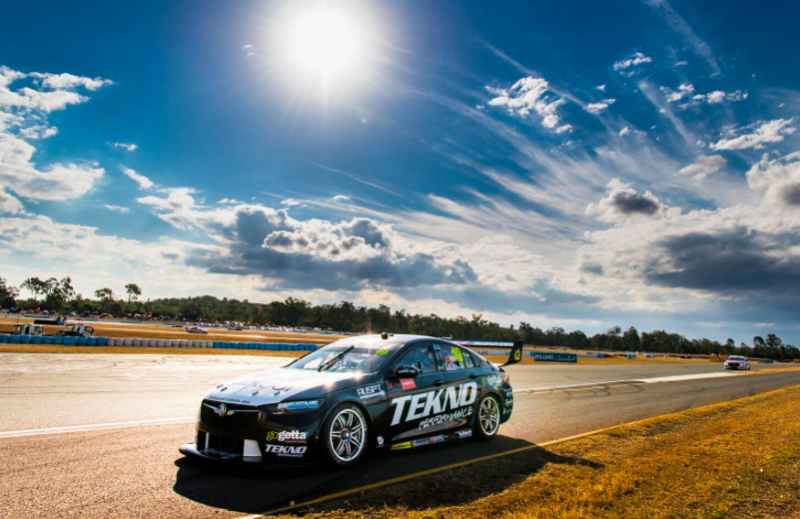 Jack Le Brocq says confidence levels are rising after taking the top rookie status in the Supercars Championship with a return to the top 10 at Queensland Raceway.

The Tekno Autosports driver claimed his fourth top 10 of the season in Race 20 at the Coates Hire Ipswich SuperSprint on Sunday.

Le Brocq has emerged as the cream of the five rookies this year having recorded top 10 results in both races at Symmons Plains which included a best finish of fifth.

He has since finished ninth in Race 12 at Barbagallo Raceway before his latest triumph at the team’s Queensland Raceway test track, that followed a disappointing run to 21st spot on the Saturday.

The results have arrived while adapting to the cut and thrust of Supercars, after four years of Super2, and following a switch from left to right foot braking this year.

Le Brocq believes there is still plenty of room for improvement but is beginning to feel confident behind the wheel of the #19 ZB Commodore.

“It was a good weekend for us. We learned a lot from the start of the weekend,” Le Brocq told Speedcafe.com.

“It’s been a bit of confidence thing on the brakes, and I think it’s something we’re sort of building on.

“We knuckled down and worked on what exactly I need to do to actually qualify the car and get the most out of it.

“There is still room for improvement, but we’re pretty happy with that qualifying performance, and then they were able to back it up because we knew we had a good race pace from yesterday.

“I mean, that’s four top 10s now, which is good for us, and we just need to get a bit more consistency, make sure we start doing it more, more frequently.

“I think we’re getting to that stage where we’re starting to get the confidence with it all.”

Le Brocq is now eagerly awaiting the opportunity to race under lights at the Red Rooster Sydney SuperNight 300 from August 3-4.

“I’m actually hanging out for Sydney Motorsport Park, we had a really good (pre-season) test there at the start of the year,” he added.

“It’s a track I really enjoy, as well, and under the lights, it’s going to be pretty cool.

“I just want to make sure we stay out of trouble with it being worth so many points.”

The rookie sits 19th in the championship standings heading into the 10th round of the season.