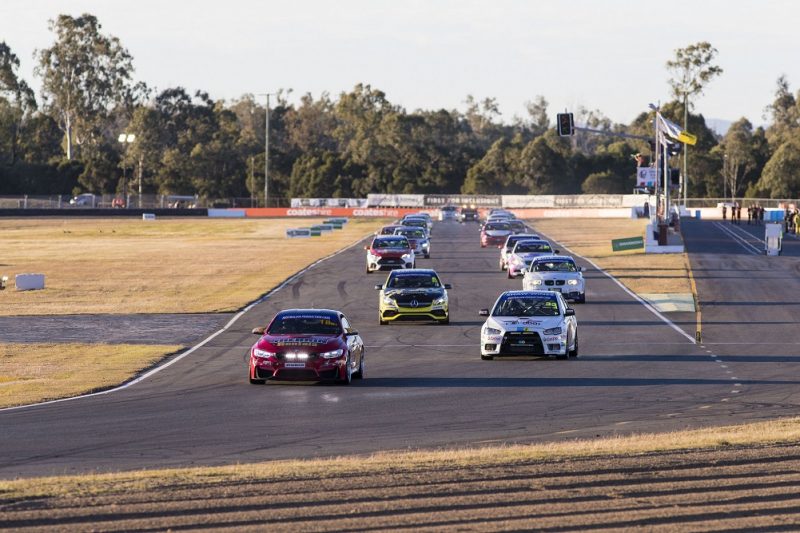 Phil Brock is set to be part of a 37-car field for this weekend’s round of Jacuzzi Spas Australian Production Cars at Queensland Raceway, which features the ‘Fight in the Night’.

The field is believed by organisers to be the largest in national production car competition to run at the Ipswich circuit, and comes off the back of a grid which exceeded 40 cars when New South Wales state competitors ran with their national counterparts in the opening round at Sandown.

“I haven’t seen an entry list like this for national production car racing at Queensland Raceway in more than 10 years, possibly ever,” said APC Category Manager Iain Sherrin.

“Having such a strong entry list for this weekend’s Round 2 of our 2018 season is a testament to the health and vitality of this exciting category which is growing from strength to strength while enjoying increasing competitor and sponsor support.

“With our season opener at Sandown selling out before the early-bird entries had even closed and now this record-breaking QR field, the future for this series is certainly looking bright.”

This weekend also marks the return of Aaron Seton to the series, while Grant Denyer and Tony D’Alberto continue together in a Lotus Exige and James Brock again teams up with Elliot Barbour in a factory-supported MG6.

Beric Lynton leads the series after sweeping the four races at Sandown in his BMW M3.

Round 2 of APC headlines the Shannons Nationals card this weekend (July 27-29) and features the Fight in the Night on Saturday.