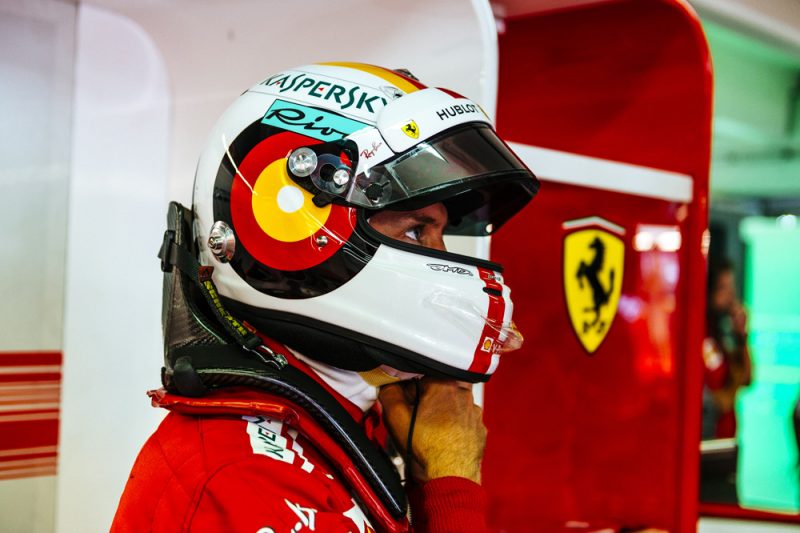 Ferrari’s Sebastian Vettel has been left to rue the mistake which saw him crash into the barriers while leading the German Grand Prix.

Having started from pole, Vettel headed much of the race before a small mistake in the stadium section of the Hockenheim circuit saw the German slide of the circuit.

Nosing into the barrier, his retirement triggered the Safety Car which ultimately allowed Lewis Hamilton to claim victory.

Having started from pole, and without the influence of the weather late on, it seemed likely Vettel would have added another 25 points to his championship tally.

It’s a fact the German has taken solace in, as Ferrari looks to have had the upper hand over Mercedes in recent races.

“We have a strong car, so we can be as confident as, more than anyone else,” reasoned Vettel.

“It was a very positive weekend and it was just one of those moments and my mistake.

“So apologies to the team, they did everything right, and I had it in my hands. Small mistake, big disappointment.”

The disappointment is amplified by the fact Vettel had looked in command of the race, despite Ferrari having to move team-mate Kimi Raikkonen aside following his pit stop.

However, as the race ended the mistake proved to not only cost Vettel the race win, but also the championship lead.

“I was in the barrier and realised I don’t get out from there,” Vettel said.

“I don’t think it was a huge mistake, it was a huge impact on the race because we retired there but it’s not like tonight I will have difficulties to fall asleep because of what I’ve done wrong.

“It’s disappointing because up to that point everything was sweet, but we didn’t need the rain.”

Vettel’s championship tally remains unchanged on 171, while Hamilton’s victory has seen the Mercedes driver move to 188 points at the top of the standings.

Formula 1 now moves to the Hungarian Grand Prix next weekend.