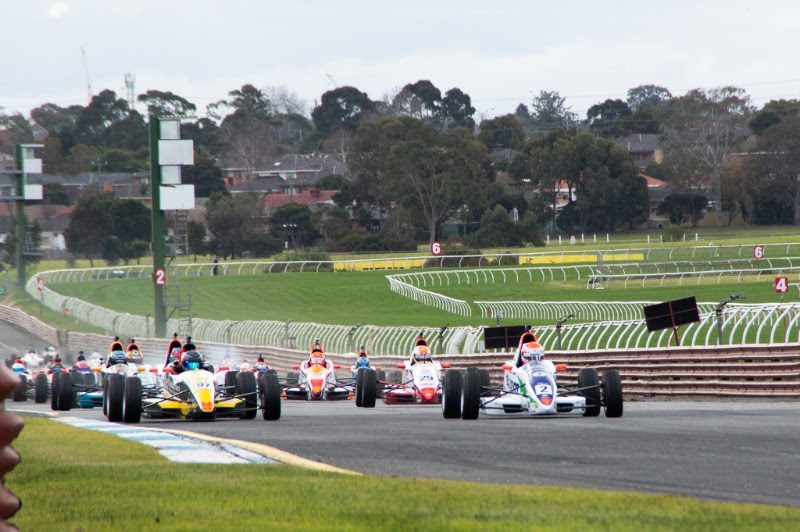 Round 4 of Australian Formula Ford at Sandown

Privateer racer Zac Soutar claimed the overall round win at Round 4 of Australian Formula Ford at Sandown Raceway.

Soutar scored a single race win as well as a second place and fourth place finish in the three races.

Liam McLellan finished second for the round ahead of Hunter McElrea in third.

McElrea, the Race 1 pole-sitter, led early on in the opening hit out before the Safety Car was deployed following an incident at Turn 1, neutralising his advantage.

The Melbourne-based driver dropped off the road at the first corner on the restart, with McLellan swooping through to take the victory while Soutar and Nathan Herne completed the podium.

After ultimately finishing ninth in Race 1, McElrea charged up the order in Race 2, reaching first by Lap 3 as contact between McLellan and Herne on Lap 6 saw them drop to sixth and 13th respectively at the flag.

Behind McElrea, Angelo Mouzouris and Hamish Ribarits duked it out for second and third, handing Sonic Motor Racing Services a podium sweep in Race 2.

Race 3 came to an early end following an incident between Courtney Prince, Jake Donaldson and Matthew Holmes on the back straight, which saw Prince excluded from the race meeting and fined.

Soutar emerged victorious in Race 3 ahead of McLellan and McElrea.

The Victorian’s consistency has elevated him to third in the championship standings, 47 points behind Ribarits in second.

McElrea extended his points lead to 29 despite the difficult start to the weekend.

Round 5 of Australian Formula Ford takes place at The Bend Motorsport Park in support of the OTR Supersprint from August 24-26.