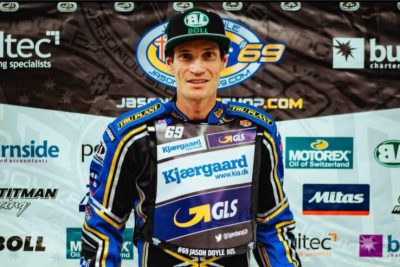 Jason Doyle has been discharged from hospital with minor fractures after a crash which left him briefly unconscious during the British round of Speedway Grand Prix.

Riding in the last heat of the night before the semi-finals in Cardiff, Doyle’s front wheel was hit by Robert Lambert’s rear wheel as the Brit attempted to slide down the inside.

The touch caused Doyle to highside and tumble into the air fence before being hit by his motorcycle.

The Novocastrian was treated on circuit before being taken to hospital where scans revealed “Just a couple of small minor fractures” according to his official Facebook page.

Doyle was released in the early hours of the following morning, while Lambert was excluded from the heat classification.

The 2017 SGP world champion was not in contention to progress to the semi-finals in what had already been a difficult title defence.

There is no word on whether he will be fit for the next round in Malilla, Sweden on August 11.

Next Story FFord leader in race for US scholarship