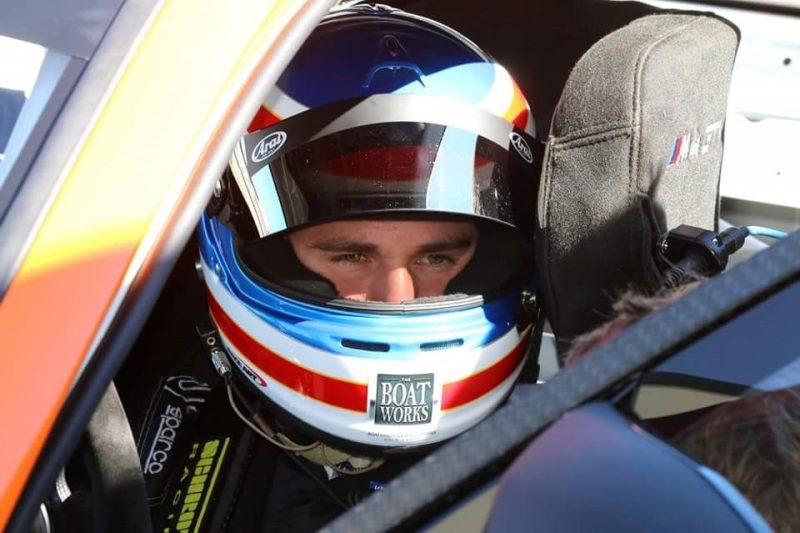 Aaron Seton has received a call-up to join the Jacuzzi Spas Australian Production Cars field this weekend at Queensland Raceway.

Seton will join Mick Benton aboard the FEDC Contracting-backed Ford Falcon GT in Class B1 for Round 2 of the series in the absence of regular co-driver Hadrian Morrall.

APC headlines the Shannons Nationals meeting at the Ipswich circuit with a pair of 300km races including the ‘Fight in the Night’ on Saturday evening.

In more recent times, he has competed in TA2 Muscle Cars and claimed the GT4 class victory in February’s Liqui-Moly Bathurst 12 Hour in a BMW M4. 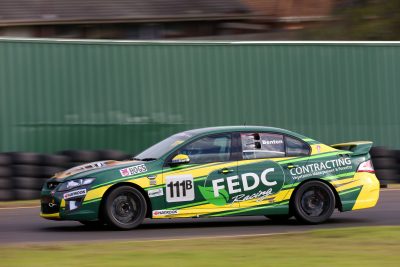 The Falcon which Seton will race this weekend pic: Speed Shots Photography

“I met Mick when I was racing with MARC Cars Australia at the Bathurst 12 Hour, driving with him in the 2017 race,” explained Seton.

“We became friends through that and with Hadrian Morrall unfortunately not able to make it this weekend, Mick asked me if I could drive with him and of course I jumped at the opportunity.

“The Falcon will definitely be different to what I have raced in the series before (a Mitsubishi Evo X), but I am looking forward to the challenge.

“I have driven it at Queensland Raceway a few times now and it is really fun to drive.

“I will have to make sure I look after the tyres and the brakes on the weekend, it should be great fun and I am really looking forward to spending some more time in the car.

“I am definitely keen to get back into the national production cars category, and to combining with another driver again – I really enjoy the endurance formats and driving with Mick especially is good fun.

“The night race should be interesting in particular – it is good to have a change from the usual format and it is good fun out there at night.”

Benton and Morrall took out the class round win in the season opener at Sandown in May, when Beric Lynton claimed outright honours with a clean sweep in the #23 BMW M3.