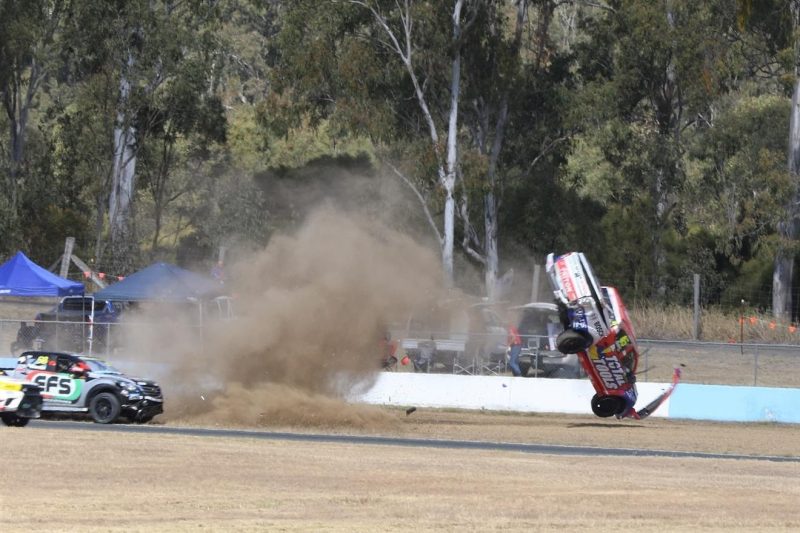 Mick Sieders has clambered out of his Mitsubishi Triton after a violent rollover at the start of ECB SuperUtes Race 3 at Queensland Raceway.

Sieders was launched into a monster moment exiting Turn 1 after a touch from Tom Alexander.

Click here to view the image sequence of the accident.

Alexander had made side-to-side contact with fellow front row starter Ryal Harris into the corner and again as they exited.

While Harris (Peters Motorsport Mazda BT-50) ran through the dirt, Alexander got crossed up on the edge of the track trying to catch the Ross Stone Racing Holden Colorado.

However, the New Zealander broke into a spin which saw him just tag the left-rear corner of Sieders’ #45 Mitsubishi Triton.

The Sieders Racing Team car immediately picked up its left-hand-side before launching through the gravel trap on the approach to Turn 2.

After five rolls, it came to rest on its side leaning on the concrete wall, before Sieders climbed out and saluted the crowd from the top of the wreck.

“I feel fine,” said Sieders shortly after returning to the paddock.

“(I was) Pretty scared at first but jumped out of the car, let everyone know I was alright, and still standing so it’s all good.

“From Turn 1 to Turn 2, Ryal Harris and Tom Alexander came off the track, I thought ‘I’m in the clear, all good,’ and next minute out of nowhere, on my roof going… I don’t even know which way I was going but she was upside down pretty quick.”

A spokesperson for Supercars has told Speedcafe.com that it is believed that there were no injuries to spectators despite the Triton flinging a wheel loose beyond the wall.

Craig Woods drove through the chaos to take the lead and went on to win the race in his Western Sydney Motorsport Toyota Hilux.

Christopher Formosa (Ranger Racing Ford Ranger) had been first to the chequered flag but was issued a post-race penalty for a restart infringement.

The result means that Woods reclaims the series lead from Harris, having lost it after the first race of the weekend at the Coates Hire Ipswich SuperSprint.

They don’t come much bigger than this… 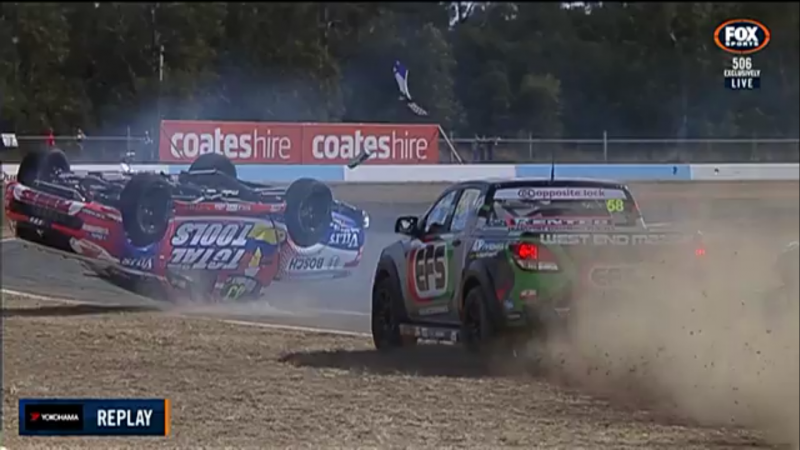 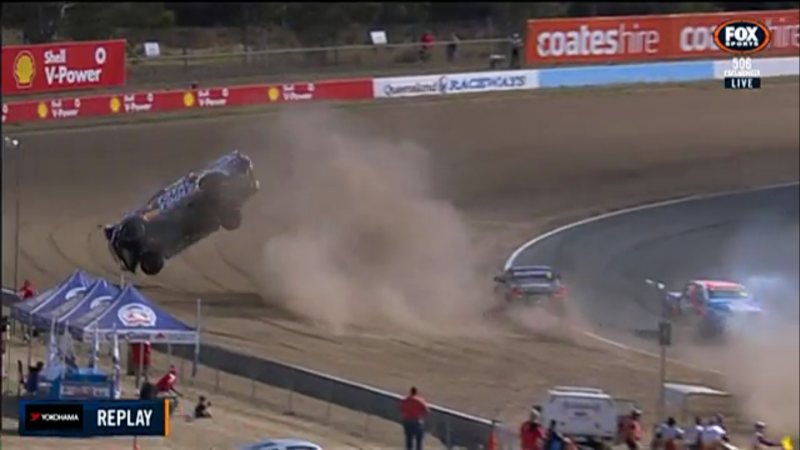 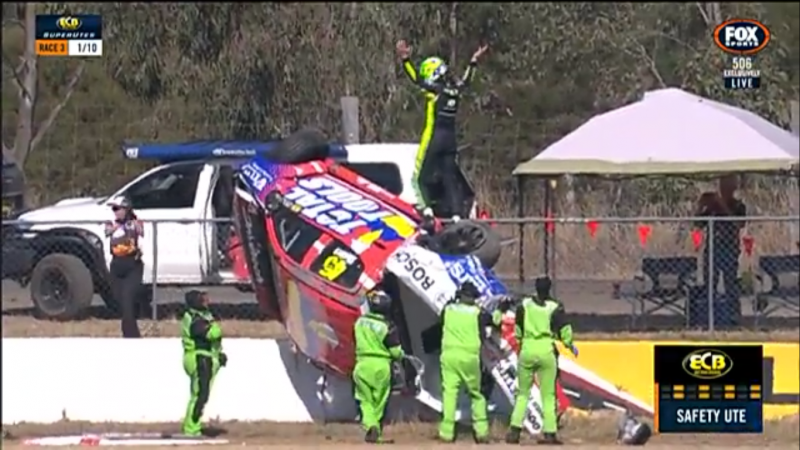