SUPPORTS: Everingham comes from behind again in V8TC

SUPPORTS: Everingham comes from behind again in V8TC 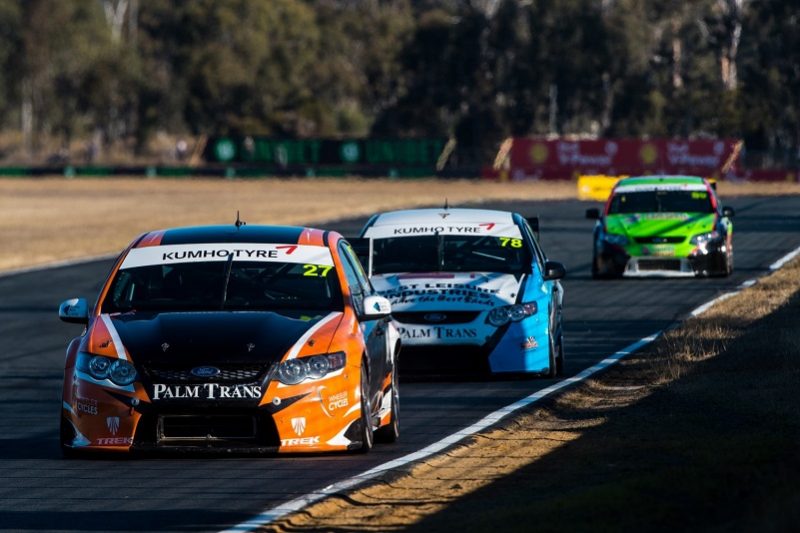 Continuing a pattern of recent races, Tyler Everingham made a poor start but recovered to take the win in Race 1 of V8 Touring Cars at the Coates Hire Ipswich SuperSprint.

Zak Best started inside of Everingham on an all-MW Motorsport front row and it was the former who got the jump as Everingham fell behind debutant Harry Hayek.

He had made up for that at the fourth corner and closed up to Best over the next three laps before going past the #78 FG Falcon at Turn 6 on Lap 8.

Best ran second for the balance of the 13-lapper, finishing 2.0863s behind the #27 FG Falcon, while Jon McCorkindale took third (#69 Dial Before You Dig FG Falcon) and another first-timer Harley Haber (#99 Image Racing FG Falcon) fourth.

Hayek (#21 Brad Jones Racing VEII Commodore) may been placed second through the first corner but was sixth by the end of Lap 2 before re-passing Michael Anderson (#11 Kenwood Homes FG Falcon) on Lap 10 and finishing fifth. 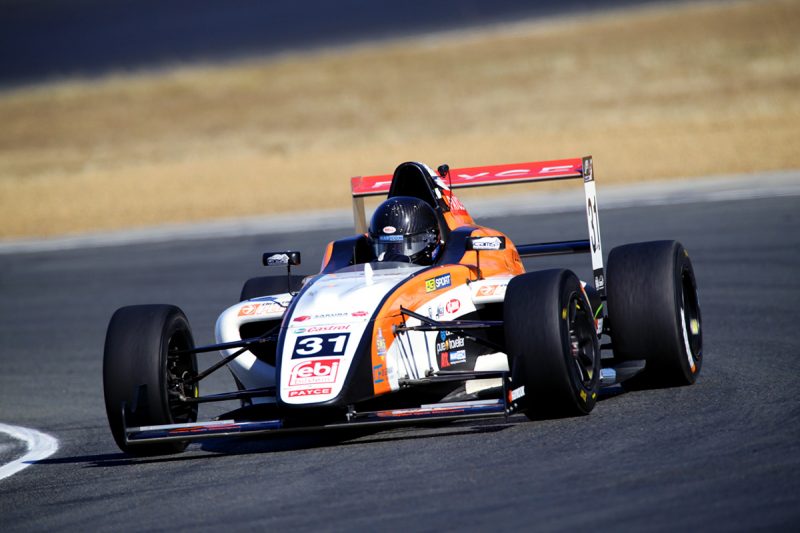 Ojeda led from the start, maintaining his pole position into the opening turn before edging clear in the early laps.

Further back, Arty Jonic and Thomas Smith found themselves off the road at Turn 5, Jonic running wide and spinning while Smith followed him off the road.

Out front, Ojeda was unchallenged en route to victory, holding a small but comfortable margin over Cameron Shields with Ryan Suhle rounding out the podium. 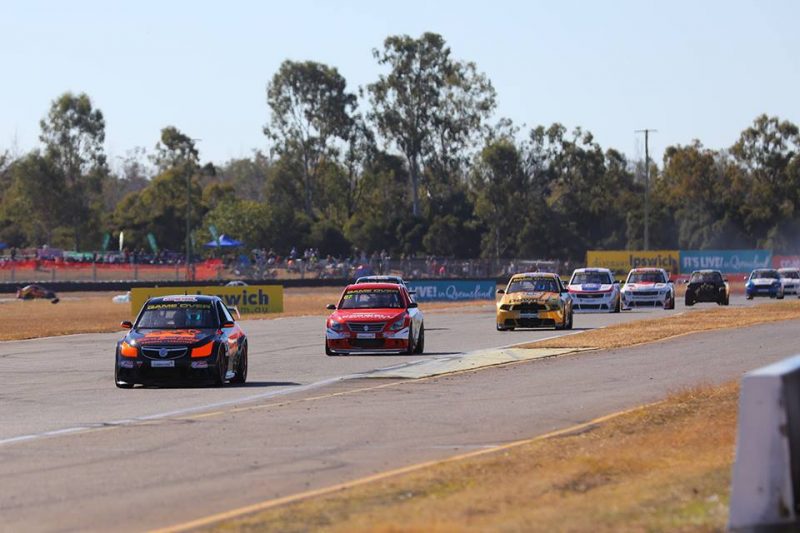 Joel Heinrich at the front of the field pic: Digital Realism

Like Race 1 a day earlier, Kel Treseder and Kyle Ensbey battled at the front initially but this time they couldn’t break free from the field.

Contact on Lap 4 between Blake Sciberras and Tyler Owen, who were battling for fifth, saw both spin and caused a brief Safety Car period to retrieve the sizeable debris left by the former.

Treseder continued to lead after the restart until he developed a gearbox problem on the penultimate lap, losing several positions before clattering into Adam Uebergang due to a complete loss of engine braking.

Amid the drama, Heinrich moved into the lead and held out Paul Morris to win by 0.3538s after 10 laps.

Justin Ruggier, who was also in the thick of the contest up front, finished third from Ensbey and Reece Chapman.

Another two races are scheduled for tomorrow at 0900 and 1155 local time/AEST.