Ricciardo excited at prospect of racing through the field

Ricciardo excited at prospect of racing through the field 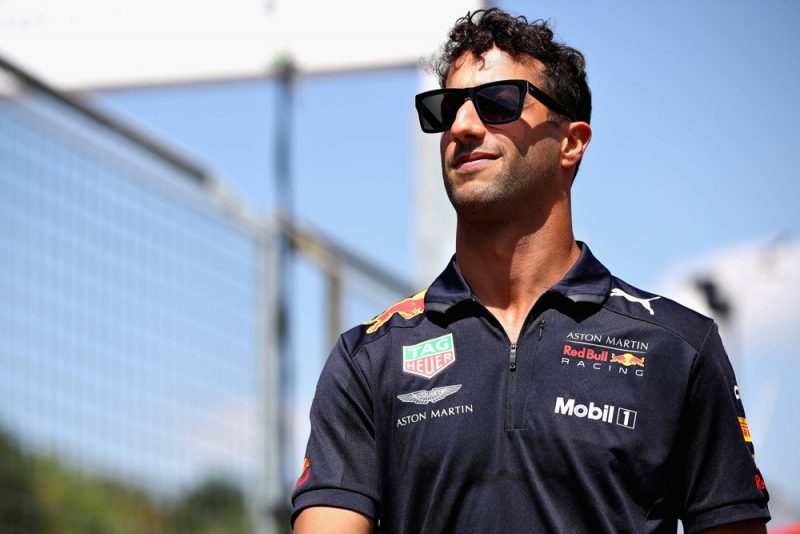 Daniel Ricciardo is excited by the prospect of racing through the field during Sunday’s German Formula 1 Grand Prix.

The Australian is set to start the race from the rear of the grid after taking a number of new engine components for this weekend’s race.

Ricciardo had been expected to take a new MGU-K, but has also taken an Energy Store and Control Electronics.

The combined penalties will relegate the Red Bull driver to the back of the grid, and come after Ricciardo topped Friday’s opening practice session.

“I’m actually pretty excited, coming through the back, have a bit of fun,” he said.

“The race run (in Practice 2) looked pretty decent. I think the car seems pretty strong so see how we go tomorrow.”

“We found we had a little oil leak so they had to repair it,” Verstappen explained.

“That’s why I went out in the end again to check everything. It was fine.”

Both Mercedes and Ferrari are expected to overhaul Red Bull in qualifying when they turn up the power of their engines, but Verstappen hopes to remain in contention.

“We can still improve,” he claimed.

“My (fastest) lap was a bit compromised, I had traffic.

“I hope that tomorrow we can be close and maybe with the weather we’ll see what’s going to happen.”

A chance of rain is forecast for Saturday, though is expected to clear for Sunday.

Final practice in Hockenheim begins at 2000 AEST ahead of qualifying at 2300 AEST.