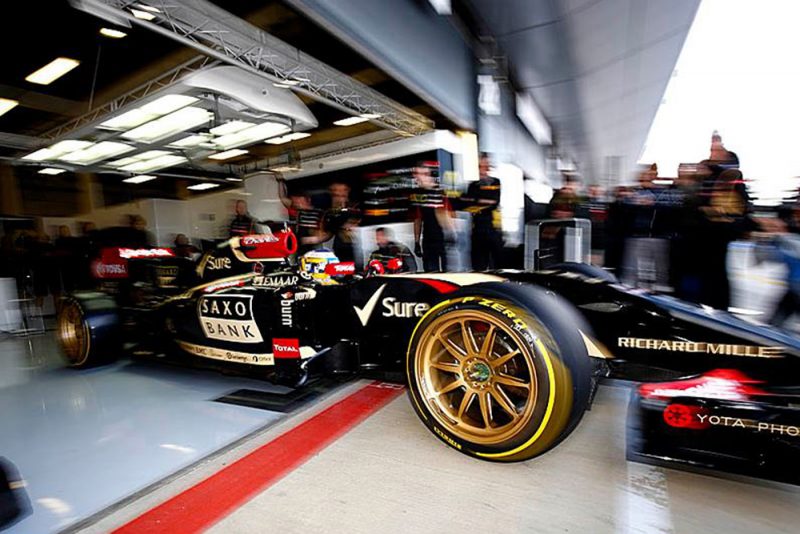 The FIA has revealed Formula 1 will move to larger diameter wheels and ban tyre warmers from the 2021 season.

The revelation comes as the FIA opens the tender process for F1’s tyre supplier, a contract which would last three seasons from 2020.

Lotus has previously tested low-profile tyres at Silverstone in 2014, though the larger wheels were never adopted as teams claimed the reduction in tyre sidewall would dramatically change the suspension of their cars and drive up costs.

A ban on tyre warmers has also been discussed previously, though never progressed amid safety concerns.

The FIA tender document stated that the new tyres should provide a safe level of performance “when leaving the pits cold,” and also called for a winter testing specification tyre designed to work in low temperatures.

It also states that “wet and intermediate tyres should also be capable of running without the need for pre-heating.”

The physical size of the front tyre will also change, coming down from 305mm wide to 270mm.

The size of the rear tyres will remain unchanged at 405mm in width.

The sport will also retain the need to run multiple tyre compounds, with the FIA outlining its expected performance delta and degradation rates.

The medium tyre should also be 1.2s/lap faster than the hard compound tyre, and the soft tyre 1s/lap quicker than the medium.

According to the tender document, the FIA deems it “desirable both for its impact on race strategies and to ensure tyres are not run to a point of excessive wear.

“A non-linear performance gradient change (‘cliff’) at a certain percentage of tyre wear would achieve this.

“It is suggested that an underlayer of low performance is designed below the tread compound to achieve this.”

Pirelli is the sport’s current supplier though its contract expires at the end of next season, with expressions of interest for the next three-year supply due to be submitted to the FIA by the end of August.