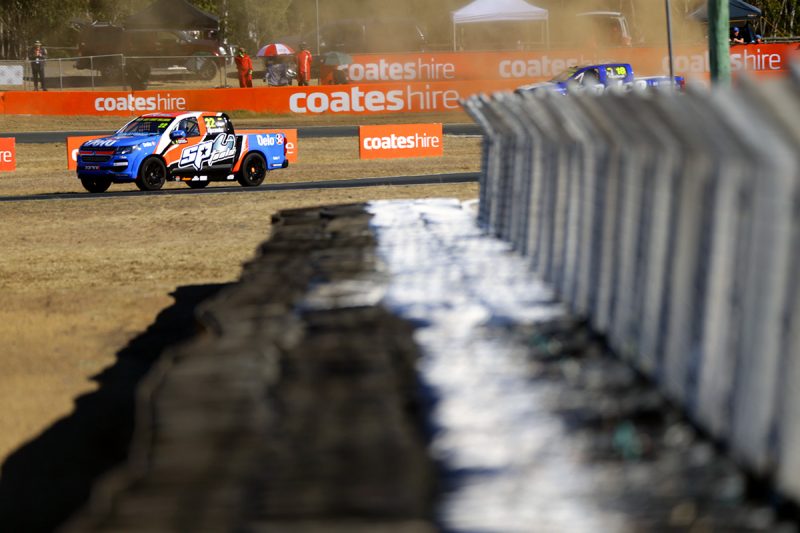 Tom Alexander has become the first repeat pole-sitter in the ECB SuperUtes Series with the fastest lap in Armor All Qualifying at Queensland Raceway.

Alexander was second to Ryal Harris once they field laid down their initial flyers after an early red flag, but soon moved to the top.

Both improved thereafter but it was the New Zealander in the Ross Stone Racing Holden Colorado who was fastest with a 1:31.0463s.

Harris, who ran off early in the session, will take up the other front row starting berth having finished 0.4026s slower in his Peters Motorsport Mazda BT-50.

Aaron Cameron qualified eighth in the BT-50 which rolled in Practice 1 a day earlier.

He was back on the circuit for Practice 2 earlier today but Peters Motorsport believes that the Mazda still needs further repairs before this afternoon’s opening race.

Cameron Crick (SRT Triton) did not set a time after he sailed off further than Harris at Turn 3 and got buried in the gravel trap on his first attempt at a flyer.

The resulting red flag meant that nearly nine minutes were lost at the start of the 20-minute session.