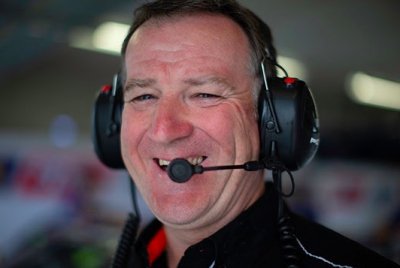 David Stuart will leave Supercars at the end of the year

The Virgin Australia Supercars Championship is searching for a new Sporting and Technical Director after confirmation David Stuart will leave the role at the end of the year.

Supercars has announced that Stuart is set to take up a role with the Confederation of Australian Motor Sport (CAMS) as its Division Manager for Safety and Race Operations, which aims to ensure circuits in Australia and New Zealand operate to the highest safety levels.

The series will now conduct a worldwide search for a replacement.

Stuart took up a newly created Sporting and Technical Director role at Supercars in 2014 after holding a team manager position at Stone Brothers Racing, which then morphed into Erebus Motorsport.

He will continue in his role for the remainder of the year which will including the homologation process of the new Ford Mustang Supercar that will join the grid in 2019.

“I am wholly committed to Supercars, finalising the Mustang project and ensuring the right information is in place for the next leader of our motorsport team,” said Stuart.

“I am looking forward to getting started with CAMS and taking on this exciting, new challenge,” he added.

“CAMS has a key role to play in the growth of the sport at all levels and to ensure that everyone can compete without any unnecessary risks.

“This role is one that can really make a difference for track owners, competitors and teams, so I can’t wait to get started.”

Supercars CEO Sean Seamer has paid tribute to the contribution Stuart has made to the category over the last four and a half years.

“David has made an invaluable contribution to our sport. He is deeply respected within our organisation, amongst the race teams and all key stakeholders within Supercars,” said Seamer.

“To manage the motorsport and technical operations of one of the world’s leading categories is a challenging task which David has made his own.

“He has ensured technical and aerodynamic parity is the strongest it has ever been which has resulted in the best racing possible.”

Meanwhile, CAMS CEO Eugene Arocca is looking forward to working with Stuart, who will take over from previous track safety manager Bruce Keys.

“We’re absolutely delighted to welcome David to the CAMS family and know what a valuable asset he will be to our organisation and to motor sport in Australia more broadly,” said Arocca.

“While it is a different role with a different set of responsibilities, David will help fill the void left by the retirement of our previous Track Safety Manager, Bruce Keys and be responsible for ensuring track safety, as well as overseeing motor sport safety and risk across the CAMS group.

“David will also be responsible for investigating critical incidents across Australia and ensuring motor sport under CAMS in Australia is safe and sustainable.”