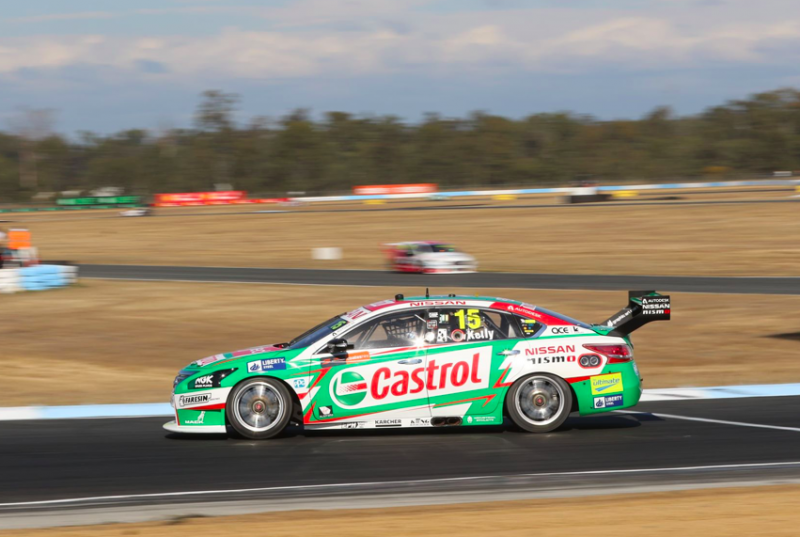 “That’s good; I didn’t really know (how fast I was),” said Jacobson.

“Obviously I’ve been given a set of tyres to do the job today that are not too bad; they’re not greens, but they’re not bad.

“(I’m) Just thankful that they gave me a set of tyres that I could work with and we can give Rick that information that he needs to know what the car’s going to feel like.”

Team-mate Dean Fiore had held first position thanks to a 1:09.8098s set just after halfway through the 30-minute hit-out in Michael Caruso’s #23 Drive Nissan Altima.

D’Alberto ran off at Turn 3 immediately after the lap in question and would switch to Scott McLaughlin’s Falcon in the absence of Alexandre Premat, putting Car #17 sixth on the timesheets.

The session saw a red flag with just over eight minutes remaining when wildcard entrant Kurt Kostecki slowed and pulled off the circuit on the run off at Turn 3.

The problem for the #42 VF Commodore was a fuel pressure problem, according to Kostecki Brothers Racing.

Kostecki ended up 25th of the 26 cars which took to the circuit as the #34 Wilson Security ZB Commodore stayed in pit lane with Garry Rogers Motorsport co-driver Richard Muscat racing in Asia this weekend.