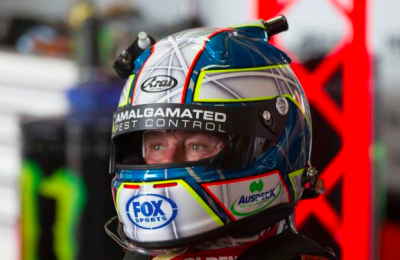 The former Supercars full-timer turned Fox Sports television pundit has been called up by the team to take part in the 30 minute session held on Friday morning.

Ingall will take over the seat in the absence of van Gisbergen’s Pirtek Enduro Cup co-driver Earl Bamber, who is unable to attend the race meeting due to GT commitments with Porsche in America.

It is not the first time a member of the Fox Sports commentary team has taken part in a  competitive session this season.

“I’m really looking forward to it,” said Ingall, who made his last official Supercars outing when he held a co-driver role at Nissan Motorsport in 2016, on Fox Sports’ Supercars Trackside.

“I’m going to have a blast, I’ll have a bit of a dip at it too, but obviously being safe.”

Ingall is understood to have visited the Triple Eight workshop earlier this week for a seat fitting to prepare for the run on Friday.

The Additional Driver practice session will take place at 1010 AEST.