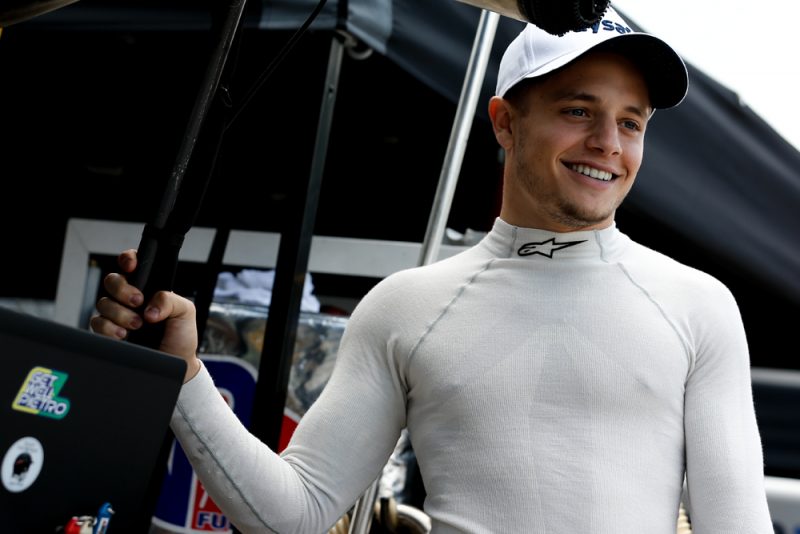 The revelation follows Ferrucci being handed a two event ban for a number of incidents over the British Grand Prix weekend, where F2 was part of the support schedule.

Ferrucci will miss the Hungarian and Belgian events as a result of the ban, which came in addition to more than $100,000 worth of fines.

At Silverstone, the American driver made contact with team-mate Arjun Maini during the cool down lap following Sunday’s race, was seen using a mobile phone and driving without a glove between the F2 and F1 paddocks, and was absent from the steward’s hearing.

Trident however has cited financial issues for its decision to terminate the contract.

“Trident Motorsport informs to have communicated to Santino Ferrucci and to its guarantor, a company represented by Mr. Michael Ferrucci, the termination of the contract with the Team,” said the team in a statement.

“This decision was motivated by the events – which are now of public domain – (that) occurred at Silverstone, as well as by the serious breach of driver’s payment obligations.

“Since the beginning of the championship, the driver justified its payment default with alleged failure by his sponsors to fulfill their obligations.”

“It seems weird that, despite such kind of issues, Santino Ferrucci had the resources needed to enter the Detroit INDY (sic) race from June 1st to 3rd while, at the same time, he was not honouring his agreement with Trident Motorsport.”

The Haas F1 Team has yet to make a decision on Ferrucci’s future, but has issued a statement stating it is still investigating Ferrucci’s Silverstone weekend behaviour.

“Haas F1 Team remains committed to gathering all of the facts and having in-person conversations with all the individuals involved in the situation,” team principal Guenther Steiner said in the statement issued to Sky Sports F1.

“We are being diligent, but our priority is the last two (F1) races before the summer shutdown.

“While we want a better understanding of everything that took place, we aren’t in a hurry because the German and Hungarian Grands Prix are, quite frankly, more important.”

F1 is back in action at Hockenheim this weekend for the German Grand Prix, with opening practice set to begin at 1900 AEST.

The next F2 event again forms part of the F1 support schedule at the Hungarian Grand Prix the following weekend (July 27-29).