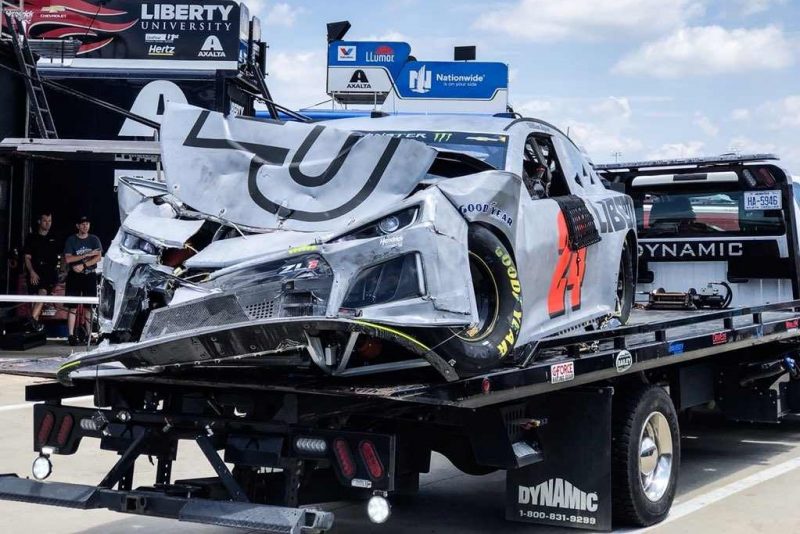 William Byron’s Chevrolet after a brake failure put him into the tyre wall pic: NASCAR

A number of drivers came unstuck during testing on the Charlotte ‘roval’, which will become the first road course to host a NASCAR playoff race this September.

William Byron bent the front end of his #24 Hendrick Motorsports Chevrolet at Turn 1, revealing later that his brakes had failed after hitting a kerb.

Earlier, Ryan Blaney lost control of the #12 Team Penske Ford at Turn 3/Turn 4 and tagged the wall, forcing him to revert to a back-up car.

Alex Bowman and Erik Jones also found themselves facing the wrong way at Turn 3, but with less severe consequences.

The field will race on the Charlotte Motor Speedway road course for the first time on the weekend of September 28-30.

The next race is the Foxwoods Resort Casino 301 at New Hampshire Motor Speedway this weekend (July 20-22 local time), where Kyle Busch will arrive as series leader.