Lowndes to assess GT options for 2019

Lowndes to assess GT options for 2019 Craig Lowndes plans to begin approaching GT teams next month as he looks to map out his racing schedule for 2019.

The Triple Eight driver wishes to move into GT racing in 2019 to keep race sharp following confirmation he will retire from full-time Supercars racing at the end of the year.

A tilt at the prestigious Le Mans 24 Hours has already been highlighted by the 44-year-old having so far been unable to contest the bucket list race during his distinguished career. 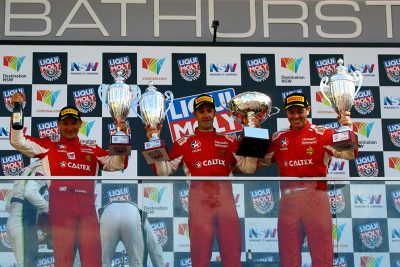 Lowndes is likely to be an attractive option for teams having already won two Bathurst 12 Hour crowns in 2014 and 2017, driving Maranello Motorsport Ferraris.

He has also contested the Spa 24 Hours in 2014 for Ferrari squad AF Corse in a deal which he hoped would have resulted in a Le Mans drive.

Over the coming weeks the Supercars fan favourite will discuss options with Triple Eight team owner Roland Dane, who is yet to confirm the driver Lowndes will partner in next year’s Pirtek Enduro Cup.

Any such drives would have to slot around co-driving commitments at the factory Holden team and his new Fox Sports Supercars television role.

“GT is probably the easy fit at the moment, not sure at the moment what we can do; next month we’ll sit down and analyse what we can do,” said Lowndes, who affirmed his decision to call time on full-time Supercars racing this week.

“Now that we’ve made the announcement we can hopefully start approaching some teams and seeing what their programs are for next year as well.

“Obviously, Shane (van Gisbergen, Triple Eight team-mate) is very keen to do more next year; this year it has sort of been hindered because of the calendar fit

“In the next couple of weeks will be sit down with Roland again and find out what the program is going forward, what my role is with the team, how much freedom we’ve got in the sense of going and doing overseas stuff. 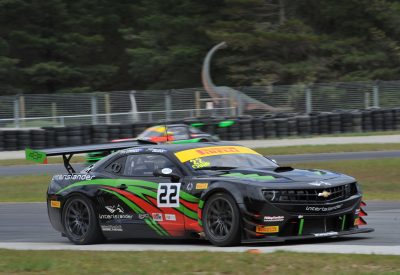 “Also, (in) TV world, (I need to see) what that looks like and how much time I’ll have to dedicate to that side of it as well – so there’s still a lot to be done. It’s a different part of the racing now that I’m going into.”

While keen to explore opportunities overseas, Lowndes is open to contesting more GT races in Australia.

Lowndes has made sporadic appearances in the Australian GT Championship with his last arriving at Highlands Park in 2014.

“Who knows whether it’s GT racing here in Australia as well?” Lowndes added when asked about opportunities in GT racing.

“As a co-driver, you still need to be active and sharp.

“I’m going to have to drive something where and what, I’m not sure yet.”

Lowndes will be back in Supercars action this weekend at the Coates Hire Ipswich SuperSprint.