Redding reveals ‘head down’ was deliberate

Redding reveals ‘head down’ was deliberate 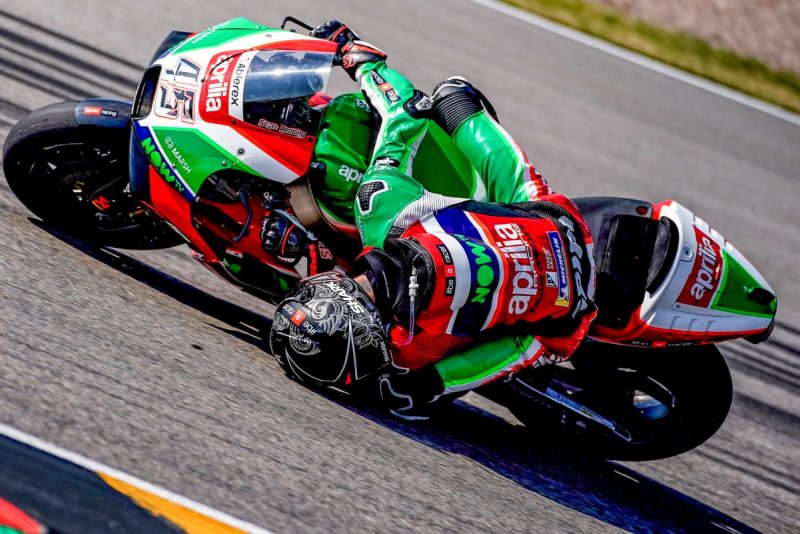 Scott Redding scrapes his helmet on the track surface during warm up for the German MotoGP pic: MotoGP.com

Scott Redding has explained that the bizarre photograph of him scraping his head on the tarmac during the German MotoGP weekend was in fact the result of a deliberate act.

MotoGP.com published the image in its ‘Best shots’ gallery from the event and the Brit has since proudly shared it on social media.

Redding says that the manoeuvre was a long-held goal of his, which he wanted to achieve before he loses his seat at Gresini Aprilia at the end of the season.

He claims to have once pulled off ‘head down’ on an Open class motorcycle in 2014 but felt compelled to attempt again during the warm up at the Sachsenring.

“I nailed it,” announced Redding.

“(I’ve been planning it) a long time. I did it in Valencia, but it was only a little touch. That was on a soft tyre with a small bike, so that was cheating.

“So I thought, f**k this, I need to do it before I leave the paddock this year, I need to get it down.

“I said to the photographer, ‘get in that corner, because it’s happening’.

“There it is. Nailed it! Mission accomplished this morning.”

The 25-year-old had been vocal in recent months about the mental strain of attempting to extract pace from his Aprilia before it was announced that he would be replaced by Andrea Iannone next year.

Redding, who has been offered a test role with Aprilia for 2019, says that his attitude has shifted dramatically to enjoying the rest of the season.

“If I finish last every session, what are they going to do? If they want to fire me, fine, I’m already not here next year.

Redding is currently 20th in the championship, which continues with the Czech MotoGP on August 3-5.