Holden is committed to the Commodore for its future in motorsport pic: Daniel Kalisz

Holden has affirmed its commitment to Australian motorsport and the Commodore as it relishes facing up against the Ford Mustang in Supercars next year.

The famous Australian brand debuted its new ZB Commodore in Supercars this year, which is the latest of a long line of cars to carry the nameplate in Australia’s premier series.

Designed and built by factory team Triple Eight the ZB Commodore has won 10 of the 18 races to date with wins split across five drivers and three teams.

This has come amid a difficult period for the marque which has seen its road car sales reported to be down 50 percent in the first half of 2018 as the new imported Commodore struggles to strike a chord with customers. 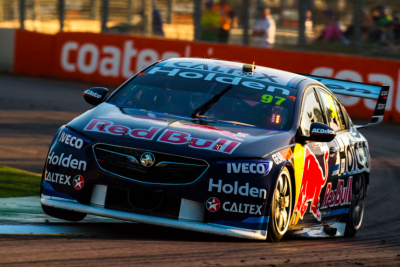 There have also been changes at management level which has seen marketing director Mark Harland replaced by Kristian Aquilina.

Despite ongoing struggles and changes at the brand, Aquilina has reiterated Holden’s commitment to motorsport and in particular the Commodore, which is set to underpin its future in the sport.

Holden’s factory Supercars program with Triple Eight will run until at least the end of 2019.

“There have been a lot of changes at Holden, we’re going through a change as an organisation and a brand.

“But we’re very optimistic about the future and for us, the Commodore is a big part of that.

“Our commitment to the sport and our future is around Commodore.

“Motorsport continues to play an important role in defining what it is that we stand for as a brand.

“We’re able to understand Australian drivers perhaps better than anyone because we’re investing in design and engineering here like no one else does.

“That, combined with our involvement in the sport, underpins what Holden needs to be in the future.

“As part of the overall mix, it’s all about proving that we live up to the promise.

“What better way to demonstrate what we’re capable of, in terms of that knowledge of Australian drivers, and demonstrating what we can do at the limit than motorsport.”

Next year the Commodore will face a new challenge when it renews its rivalry with Ford, which will debut its hero Mustang nameplate in the category. 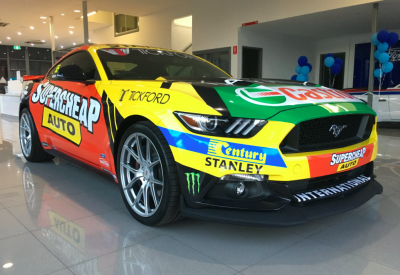 Aquilina has firmly backed the Holden sedan that is being pitched against the first two-door Supercar coupe to tackle the series.

The Mustang is currently under development in a project headed by Ford Performance in the US and Supercars teams DJR Team Penske and Tickford Racing.

“We’re happy to see that play out, and put in our best effort with Commodore,” added Aquilina.

“That’s an important car to us. So I’m excited as to how it plays out. It adds a new dimension to the sport. Bring it on.

“There’s nothing wrong with the way the Commodore is performing out there.

“We’re pretty excited about what it brings.

“If that’s part of the competitive strategy of our opponents, we’re ready to take on whatever is thrown at us. We’re very confident about Commodore.”

It is not the only two door competition the Commodore could face with feasibility studies already being carried out on fellow General Motors product, the Chevrolet Camaro.

Holden Special Vehicles, run by the Walkinshaw family, is seriously looking into the prospect of developing a Camaro Supercar to go up against the Commodore and Mustang in 2020.

Holden has already stated that it won’t stand in the way of a Camaro joining the series.