Hazelwood to be race fit after shoulder treatment

Hazelwood to be race fit after shoulder treatment 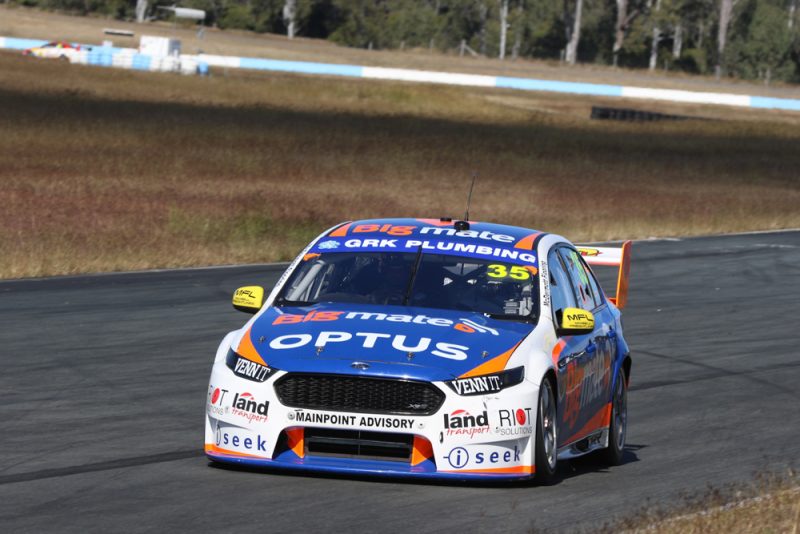 Todd Hazelwood expects to be race fit for this weekend’s Coates Hire Ipswich SuperSprint after undergoing treatment on an injured shoulder sustained during the Watpac Townsville 400.

It left Hazelwood to battle through pain which then worsened in Race 18 the following day and resulted in the 22-year-old driving one handed for much of the race.

Hazelwood has since received treatment for the injury which he hopes won’t prove to be an issue at Queensland Raceway.

“The shoulder has been healing well and it shouldn’t give me any grief this weekend,” said Hazelwood.

“Obviously dislocating a shoulder and tearing ligaments in both my shoulder and neck during a race wasn’t ideal and it created a heap of pain, which stopped us from getting our best result this season.

“Thanks to the help from my amazing physiotherapist Anouska and the planning from Fitness 2 Podium, I’ll be fit to race this weekend.”

This weekend will see Hazelwood’s team tackle the familiar surroundings of its local test track and the venue that marked the squad’s first appearance in the main game 12 months ago.

After making progress with its Falcon on the Townsville streets, the Supercars rookie is hoping plenty of test mileage at Queensland Raceway will pay off.

“I’m really looking forward to taking on the Ipswich SuperSprint this weekend, it marks a full year since Matt Stone Racing and myself made our ‘main series’ debut, which is pretty special,” Hazelwood added.

“Recently the team made some significant changes to the car and we found great benefits from this at Townsville.

“I feel we have made great progress with this new direction and combining this with our test track knowledge that’ll come into play this weekend should give us that extra edge on the field.

“Hopefully we can achieve our best result this season.”