Haas not surprised by 2018 pace

Haas not surprised by 2018 pace 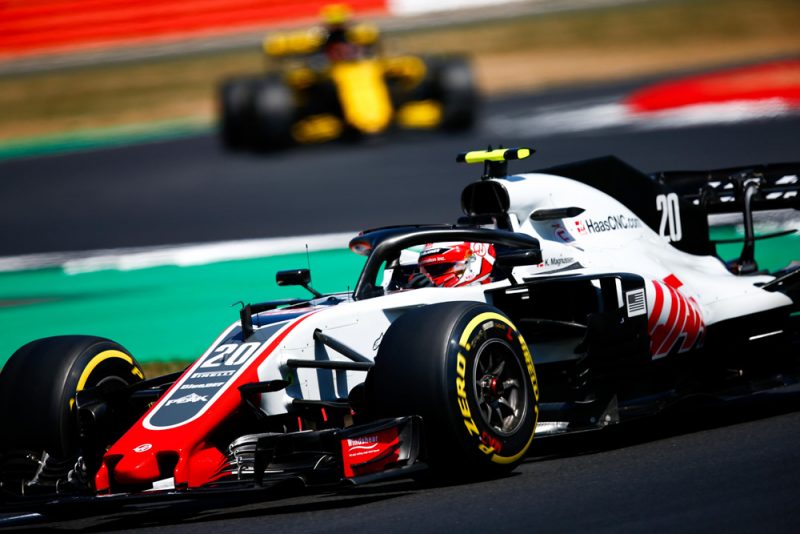 The Haas Formula 1 team is not surprised to find itself sitting fifth in the constructors’ championship as the season moves towards the summer break.

In its third season in F1, the American team has scored points in the last three races, leaving team principal Guenther Steiner to target fourth in the standings by year’s end.

“I think with the potential of the car we have shown over the last three races, it is possible to aim for fourth,” Steiner said.

“If we achieve it or not, that’s a different question. I don’t want to be arrogant and say we will finish fourth, because by no means is it a given.

“We are competing with three very strong teams for this position. We will try, we will give it our best and, hopefully, we end up fourth.”

Steiner believes the team showed promise in pre-season testing, and has done well to live up to that potential despite a number of missed opportunities.

Both Kevin Magnussen and Romain Grosjean retired from the Australian Grand Prix while sitting in strong positions, while the team also left Azerbaijan, Monaco, and Canada without points.

“We need to make sure that we are not keeping on missing points, because these are the points we will miss at the end to finish fourth,” Steiner said.

“There is not really a midfield anymore. It’s just the rest. There’s the top-three and then the rest,” he added.

“Everybody from fourth to 10th can be competing for points this year, as we’ve all seen. Now, being fifth, it’s nice to be there.”

Steiner’s optimism is shared by Grosjean, who recorded his sole points-paying finish at the Austrian Grand Prix.

“We can still improve,” said the Frenchman.

“If you look at the standings, I don’t have many points at the moment, but we will work even harder to make sure we don’t have any more issues. I think we can aim for the fourth position.

“This year, we’ve shown that we’re capable of being fast at most of the tracks, and it’s been really promising,” he continued.

“It’s good news and it’s been a good effort from everyone on the team. Barcelona, Paul Ricard, Red Bull Ring, Silverstone – they’re all places where we’ve been really strong at different types of circuits. The team has made a lot of progress.”

“Everyone on the team can be proud of what’s been achieved already. Of course, we’re going to try and do better every year, but we’re already at a level that is hard to maintain.

“I’m not surprised by this point to be fifth in constructors’ championship,” the Dane said.

“We’ve got the potential in the car to be even higher than this. We should aim to keep this position, or even target one more position.

“I think Renault is very consistent, but we can beat them at times, and we have done many times this year. Most of the time we’re level with them on pace, so it should be possible to keep fighting for this position all the way to the end.”

Haas trails Renault in the constructors’ championship by 19 points heading into the German Grand Prix on July 22.