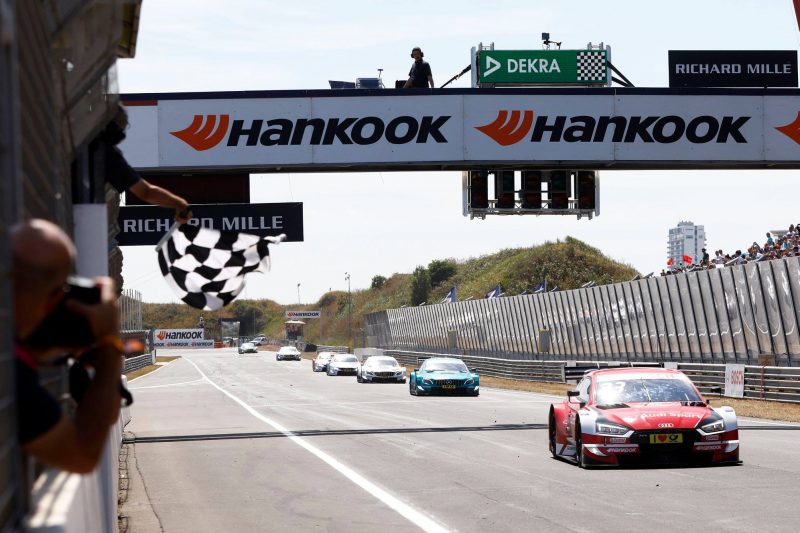 Gary Paffett and Rene Rast shared the spoils in DTM at Zandvoort.

Paffett held onto pole to lead the early laps of the opening race and reclaimed the advantage in the closing stages to take the win.

Rast had headed the race courtesy of leaving his stop until the last possible moment, but ultimately tumbled down the order when he eventually stopped.

With Paul Di Resta second, Lucas Auer third, and Pascal Wehrlein fourth it was a race dominated by Mercedes-AMG.

In Race 2, Rast dived in for his stop at the end of the opening lap before feeding back out into what would become the race lead once those ahead had served their stops.

A mid-race restart when Bruno Spengler spun saw Rast hold onto the lead to take his first win of the 2018 season.

Brands Hatch hosts the next DTM round on August 11-12. 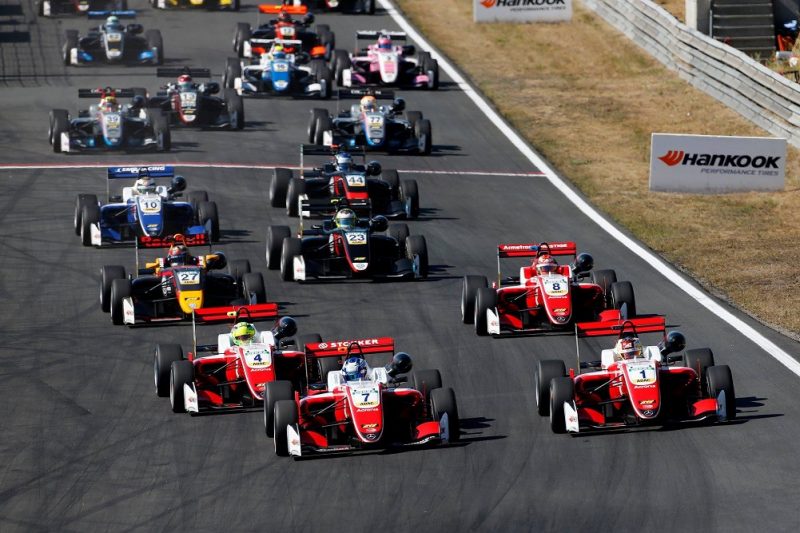 Ralf Aron won the opening race of the weekend at Zandvoort to claim his second victory of the season.

The Theodore Racing driver then won again in Race 2, this time ahead of points-leader Armstrong with Zhou falling to third.

Nikita Troitckii then claimed his maiden European F3 win in the final race, Zhou once again on the podium ahead of Jehan Daruvala.

Armstrong finished that race in 16th after the New Zealander started 23rd.

The series now moves to Spa-Francorchamps in Belgium on July 27-28. 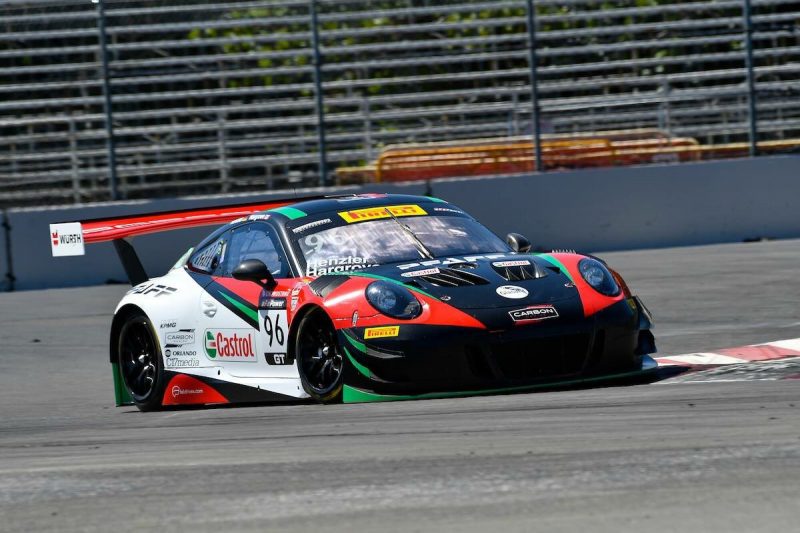 Toni Vilander and Miguel Molina managed to extend their championship lead by winning Race 1 on Saturday in their R. Ferri Motorsport Ferrari 488 GT3.

The pair emerged from the pit stop sequence out front, with Molina leading the remainder of the 60-minute race.

After a slow pit stop, Brabham came home seventh on debut in the CRP Racing Mercedes-AMG GT3 which he shared with Daniel Morad, before the latter crashed out in Race 2.

Pfaff Motorsports took the Race 2 victory, with Wolf Henzler holding off the Audi of Parker Chase to score the win alongside co-driver Scott Hargrove.

Pirelli World Challenge heads to Utah Motorsports Campus for its next round from August 10-12.

UPDATE: The Race 2 winning Henzler/Hargrove Porsche has since lost its victory following a post-race penalty for corner cutting, handing the Audi of Chase and Dalziel the win. 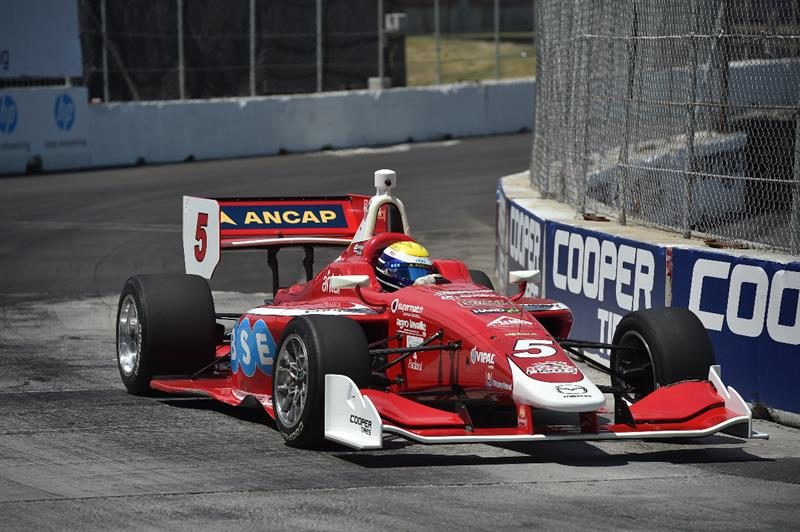 The opening Indy Lights race of the weekend in Toronto went to Patricio O’Ward , who sealed his fifth win of the season.

Herta fractured his thumb after crashing in qualifying, only to lose his grip on the wheel after clattering over a kerb during the race.

There was another qualifying crash for Herta, who started from pit lane despite setting the third best time, parking the car a handful of laps into the race

Indy Lights next moves on to the Mid-Ohio Sports Car Course on July 27-29. 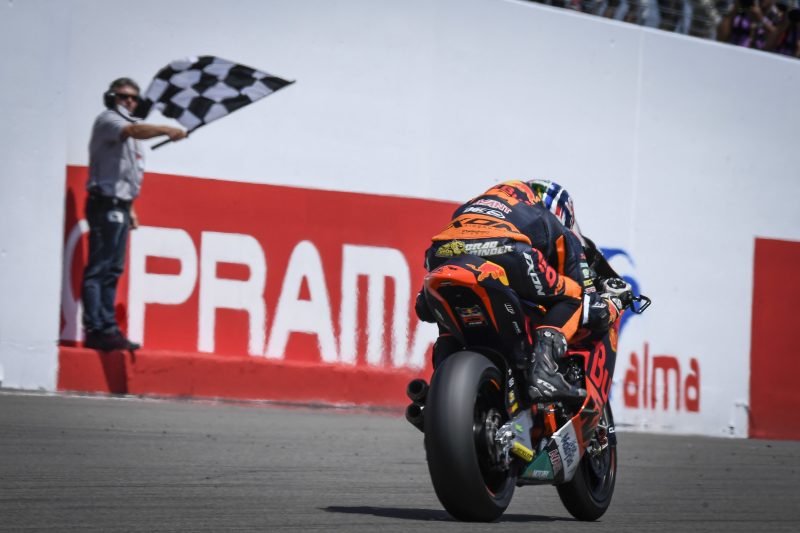 Brad Binder has won in Moto2 for the first time as he beat Joan Mir and Luca Marini home by less than a second at the Sachsenring.

It was those three who gapped the field early in the 27-lap race and they were never separated by much more than one second thereafter.

Mir passed Marini on Lap 5 before KTM Ajo rider Binder got both on Lap 10.

Despite the tight margins, the South African was fairly comfortable at the front as Mir and Marini battled each other.

Binder’s team-mate Miguel Oliveira was 12th at the end of Lap 1 after nearly going down at Turn 13 but salvaged fourth.

It meant that he closed the gap to Francesco Bagnaia at the top of the championship to seven points.

Bagnaia finished 12th having had to run through the gravel to avoid Mattia Pasini’s crash out of second position on Lap 2.

Round 10 will be held at the Automotodrom Brno in the Czech Republic on August 3-5. 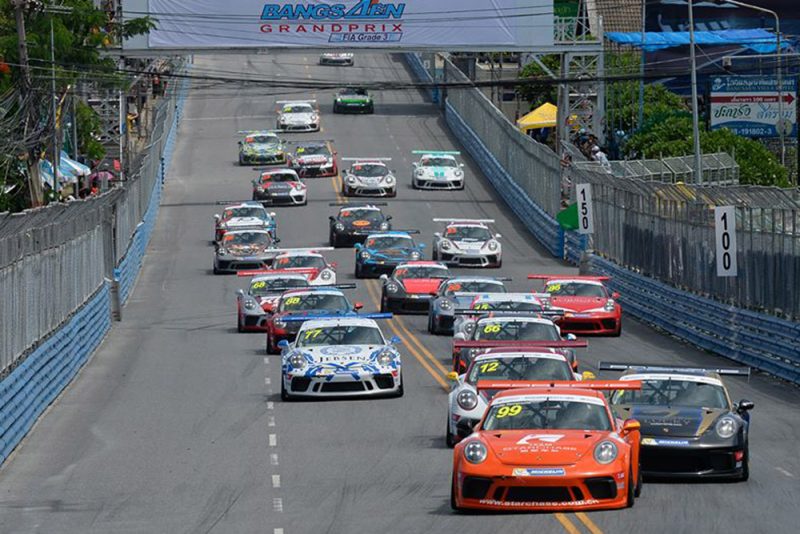 Van der Drift started on pole for the opening race, heading Martin Ragginger and Maxime Jousse in a race interrupted twice by the Safety Car.

Hamprecht then gained the upper hand in the weekend’s second race over van der Drift with Will Bamber rounding out the podium.

Porsche Carrera Cup Asia is next in action at Sydney Motorsport Park where it joins Porsche Wilson Security Carrera Cup Australia on August 3-4.