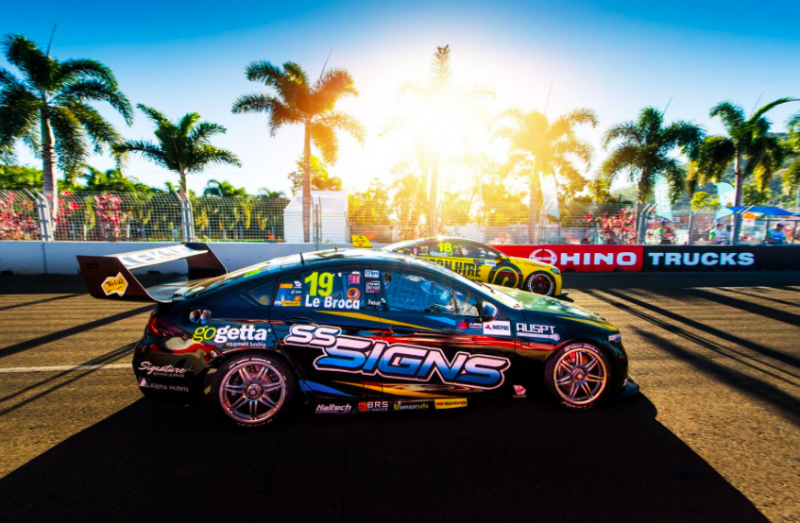 Tekno Autosports has indicated a wish to retain Supercars rookie Jack Le Brocq for 2019 after an impressive start to his debut season in the main game.

The 26-year-old moved to the Queensland operation for a big break in Supercars after four campaigns in the Dunlop Super2 Series that yielded top three series finishes in the last three seasons.

Le Brocq has quickly adapted to the cut and thrust of Supercars occupying 20th in the standings, highlighted by two top 10 finishes.

He is second of the five rookies in the championship but has scored the best race finish from the quintet with a fifth in Race 8 at Symmons Plains in April.

The progress has not gone unnoticed by Tekno team manager Adrian Burgess who believes the young gun is one to watch for the future.

While contract discussions with Le Brocq are yet to begin, Burgess is hoping the relationship continues into 2019.

“I think, certainly, there’s an option there from both sides to carry on and at the moment there’s no reason for us to change (drivers),” Burgess told Speedcafe.com.

“A lot of things have got to happen, a lot of water has still got to go under the bridge before we sit and worry about next year.

“He’s certainly doing a good job and I think he’s certainly one to watch for the future and we’d like to carry on the relationship if we can, but there is still a long way to go.”

It proved to be an eventful round for Le Brocq last time out at Townsville which saw the Victorian caught up in drama during both races.

He found the wall on the last lap of Race 17 after a tangle with James Courtney, before being issued with a 15-second post race penalty for contact with Will Davsion that dropped him from 11th to 18th in Race 18.

Le Brocq is keen to bounce back at this weekend’s Coates Hire Ipswich SuperSprint held at the team’s test track, Queensland Raceway.

“I’m looking forward to Queensland Raceway as I have tested there a couple of times this year and I’ve been getting familiar with the car there,” said Le Brocq.

“Hopefully we can get a good result and be near the top 10 again.”

The action at Queensland Raceway is due to begin on Friday.