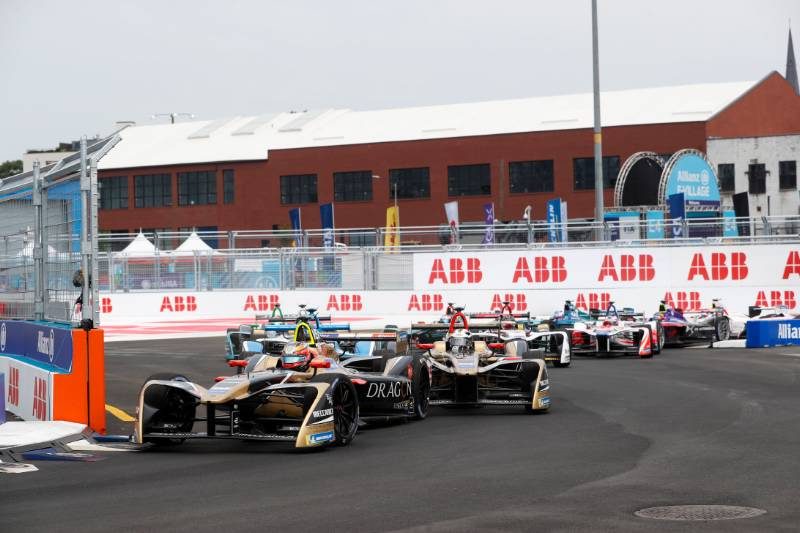 Jean-Eric Vergne has capped off his title-winning Formula E campaign with victory in the season finale in New York City.

Vergne, who sealed the championship a day earlier, beat Lucas di Grassi by 0.508s at the line following a late charge from the latter.

A double podium place finish for Audi Sport ABT Schaeffler in the form of di Grassi and Daniel Abt meant the German squad overhauled Techeetah to claim the teams’ championship.

Pole-sitter Sebastien Buemi, who duelled with Abt in the closing stages, came home fourth as Felix Rosenqvist rounded out the top five.

Techeetah driver Andre Lotterer ran second early on and, along with stable-mate Vergne, looked set to bring home the teams’ championship for the Chinese outfit.

Lotterer, however, was handed a 10 second stop and hold penalty for a jumpstart, relegating him to 15th.

The German managed to fight his way back up to ninth by the chequered flag but Techeetah fell two points short of a title double.

Sam Bird, who was a title contender heading into Saturday’s New York opener, once again struggled, crossing the line 10th and dropping from second to third in the standings behind di Grassi.

Jose Maria Lopez stopped on track with suspension damage early in proceedings to bring out the only Full Course Yellow of the 43-lap affair.

The 2018/19 FIA Formula E championship gets underway on December 15 in the Saudi Arabian city of Riyadh.