Newgarden on pole in changeable weather

Newgarden on pole in changeable weather 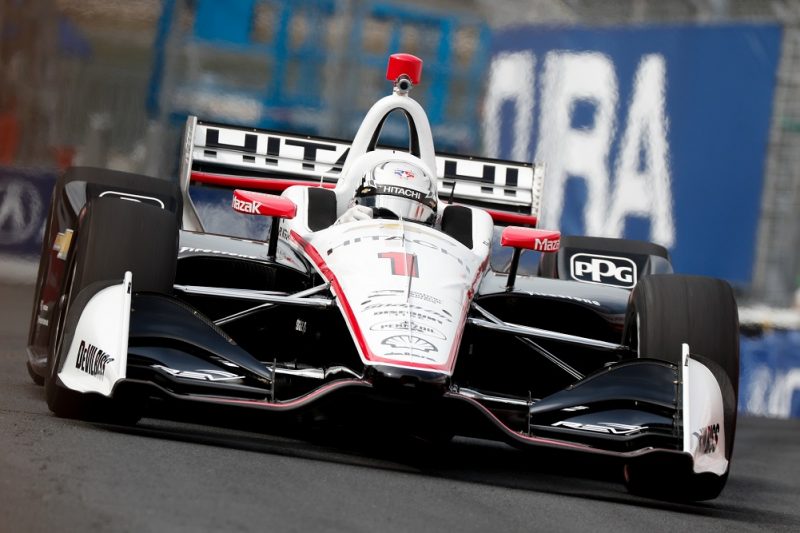 Josef Newgarden has qualified on pole for the Honda Indy Toronto after mastering the wet-dry conditions in Exhibition Place.

Newgarden denied Friday pace-setter Scott Dixon top spot on the starting grid, while Simon Pagenaud and Will Power made for a Team Penske one-three-four.

Rain left the Toronto streets wet for the start of qualifying but the circuit had dried enough by the time Round 2 took place that Dixon broke the outright lap record with a 58.5546s.

Sprinkling rain for the Firestone Fast Six saw the pace fall away again, with Newgarden taking the #1 Team Penske Chevrolet to the top with a 59.4956s at the very end.

Dixon was 0.1964s slower after a moment on a wet patch in the #9 Chip Ganassi Racing Honda.

“I’m a bit disappointed at myself for not putting the PNC Bank car on pole position,” said Dixon.

“I feel bad for my team as well, as they gave me a car capable of doing it. I made a mistake in Turn 5 and that cost me a few tenths.

“All in all, it’s not terrible starting on the front row, but when you know you had one and then let it get away, it hurts a little bit.”

Behind the Row 2 Team Penske lockout of Pagenaud (#22 Chevrolet) and Power (#12 Chevrolet) is a Row 3 Andretti Autosport lockout of Alexander Rossi (#27 Honda) and Ryan Hunter-Reay (#28 Honda).

Conor Daly, who is driving the #88 Harding Racing Chevrolet in place of Gabby Chaves what the team says is a trial for a potential second car in 2019, ended up 11th.