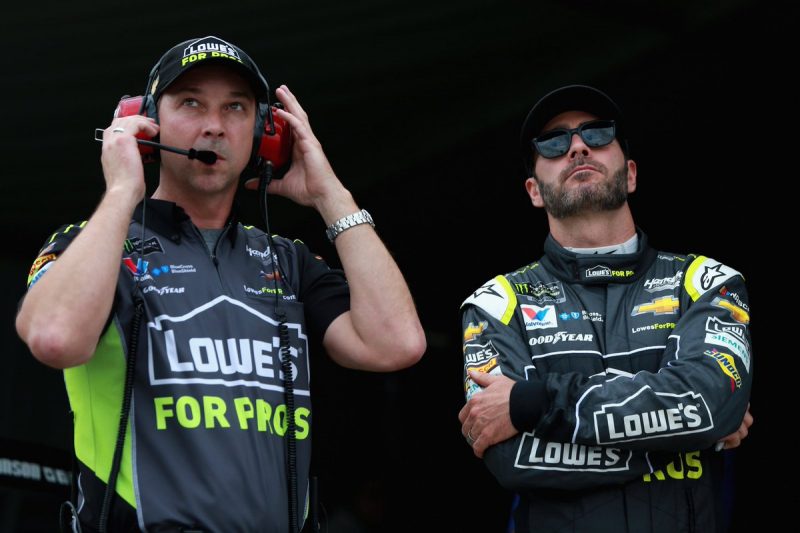 Chad Knaus has signed a new deal with Hendrick Motorsports which will take the crew chief to at least the end of the 2020 NASCAR season with the team.

The contract aligns him with driver Jimmie Johnson, with whom he has won seven championships since they began their partnership in 2002.

Knaus said that the decision to sign a new contract was a relatively simple one despite Johnson and the #48 Chevrolet now being winless for over a year.

“We have signed for two more years,” said Knaus at this weekend’s venue, Kentucky Speedway.

“That lines me up with Jimmie and Jimmie’s contract.  That is nice to be in that same space as him.”

“Obviously, Jimmie and I are going through a bit of a slump right now (but) we have a great time racing together.

“We have a long relationship and enjoyed everything 48.