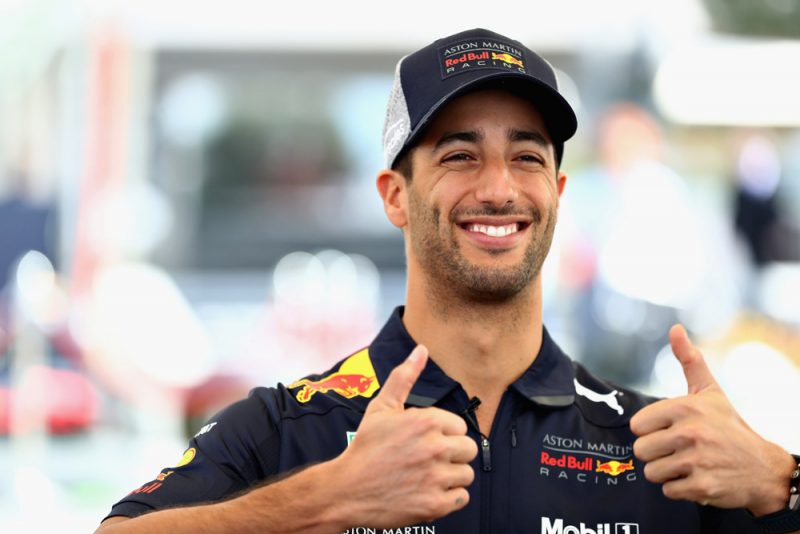 Mark Webber believes Daniel Ricciardo will remain with Red Bull next season as he looks to lock down his next Formula 1 contract.

Ricciardo’s current deal runs out at the end of 2018, with the 29-year-old one of the key figures in this year’s driver market.

Lewis Hamilton, Valtteri Bottas, and Kimi Raikkonen are also out of contract at the end of the year, potentially creating space for Ricciardo at Mercedes or Ferrari.

Webber though believes his countryman, and the man who replaced him at Red Bull following his retirement at the end of 2013, will stay put.

“I don’t know how long obviously that commitment will be, but, let’s see. It was worth waiting but (he’s) probably going to stay where he is.”

Ricciardo has won twice in 2018, in China and famously in Monaco, but according to Webber there are other factors that will ultimately determine his future.

“He’s in that sensational window at the moment where his stock is very, very high but as we all know Lewis Hamilton is the main man,” said Webber.

“I mean, there is still main men, and that’s what Formula 1 can be like, and you’ve got to be sort of be in the right place, (at the) right time in a way to get those opportunities.”

Webber’s comments follow the expectation that Mercedes will retain both Hamilton and Bottas, while Ferrari looks likely to pick up Charles Leclerc from Sauber as a replacement for Raikkonen.

Leclerc is part of the Ferrari Driver Academy, and has proved a revelation in the first half of 2018.

With seemingly no leading drives available, paddock scuttlebutt linked Ricciardo to a multi-million dollar deal with McLaren, or a move to Renault, though Webber suggests neither were realistic targets.

“That (Red Bull) was all he had, really,” he suggested.

“Telling these others teams, sort of mid-field at best, (they were) on the radar, I don’t know if that was just a bit of sort of bargaining to try and get Red Bull to move a bit,” Webber added.

“But the end of the day, I spoke to him about it, he knows what my feelings are on this and you know it’s tricky to find if it’s greener somewhere else.

“The teams that are winning at the moment are settled and to try and get that last seat is extremely difficult.”

Ricciardo has said that he hopes to be able to announce his plans before F1’s summer break, which follows the Hungarian Grand Prix on July 29.