Dani Pedrosa to retire from MotoGP

Dani Pedrosa to retire from MotoGP 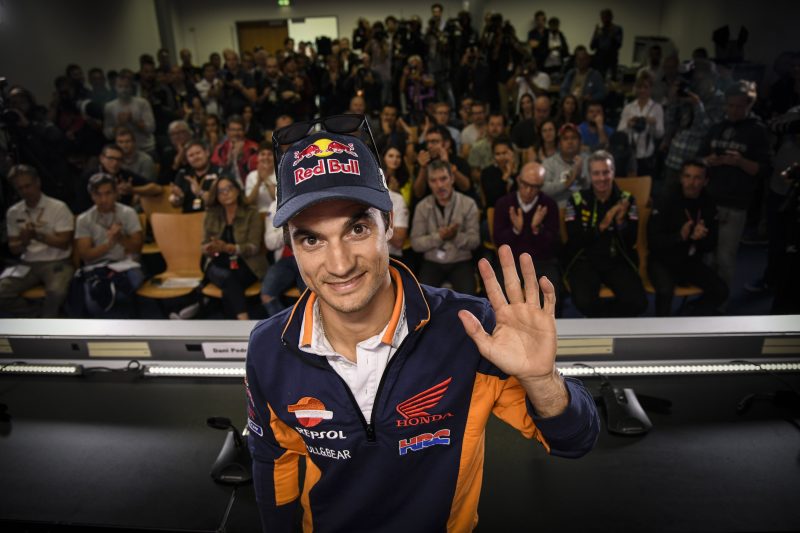 Dani Pedrosa has confirmed that his time in grand prix motorcycle racing will come to a close at the end of the current season.

Pedrosa’s two options appeared to be retirement or a move to the recently confirmed satellite Yamaha team SIC Racing.

The 32-year-old has opted for the former, having lost his ride at Repsol Honda to three-time premier class champion Jorge Lorenzo.

“Next year I will not compete in the championship. I will finish my career in MotoGP this season,” said Pedrosa.

“This is a decision I’ve been thinking about for a long time and it’s a very hard decision because this is the sport I love.

“But despite having good opportunities to keep racing, I feel like I don’t live racing with such an intensity as before and I now have different priorities in my life.

“I would like to express how fortunate I feel to have had this opportunity.

“It’s been an amazing life to be racing for such an important team and in front of all the fans.

“So I can say I achieved way more than I expected and I’m very proud of everything I’ve done in the sport.

“I fulfilled my dream of becoming a racer and that is something I didn’t expect as a kid watching on TV.

“Thanks to everybody who has helped me and now it’s time to start a new chapter.”

This season in Pedrosa’s 13th in MotoGP, each of which he has spent at Repsol Honda.

The Spaniard won the 125cc and two 250cc titles in the three seasons prior to his step up to MotoGP, having debuted in the lightweight class in 2001.

His start to 2018, however, has been his worst in MotoGP as he languishes in 12th in the championship after eight rounds with a best race result of fifth (France, Catalunya).

Pedrosa has so far won at least one race in every MotoGP season he has completed.

His most recent was the 2017 season-ender in Valencia, where he will be inducted as a MotoGP Legend at his final event in November.

There has been no announcement regarding riders for SIC, which is owned by the Sepang International Circuit, but Marc VDS rookie Franco Morbidelli is widely tipped to be one of them.

MotoGP resumes tonight with practice for the German Grand Prix at the Sachsenring.

You can’t argue with those numbers and there’s still time to add to them! 🏁#ThankYouDani pic.twitter.com/HQKsJxKQPp