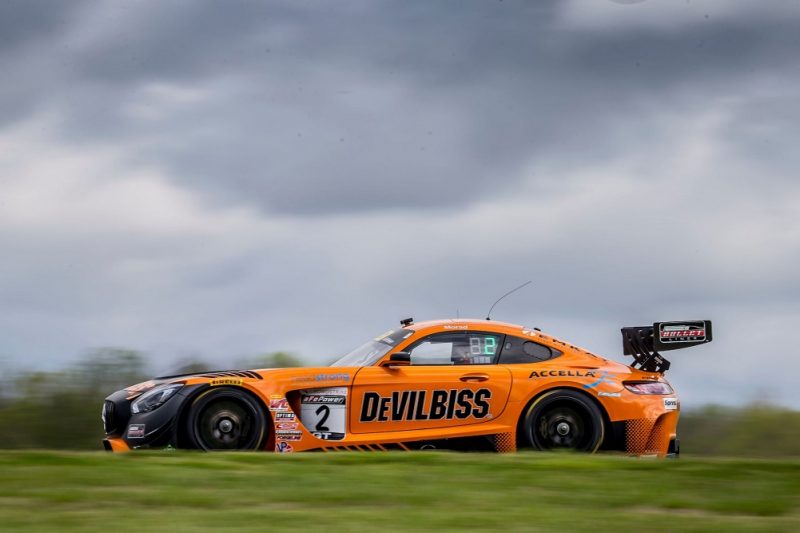 The CRP Racing Mercedes-AMG GT3 which Brabham will drive

Matt Brabham will race a GT3-specification car for the first time when he drives in the Pirelli World Challenge this weekend (July 13-15 local time).

Brabham will co-drive with Daniel Morad in the CRP Racing Mercedes-AMG GT3 at Portland International Raceway.

CRP has primary backing from DeVilbiss, which also sponsors Brabham’s Stadium Super Truck and helped to link the parties.

“This is a fantastic opportunity and I’m extremely excited to be driving in the DeVilbiss Mercedes- AMG GT3,” said Brabham.

“I’m very grateful to Nick Short (CRP owner), DeVilbiss and Daniel Morad for giving me a shot and inviting me into their team.

“There is a lot to learn in a short amount of time and I will be leaning on and learning from the team as much as I can.

“It’s quite cool to be racing at Portland; both my father and uncle have won races in sportscars there. I will be listening to what they have to say and hopefully taking some of that luck with me.”

Morad is currently fourth in the championship, which is led by 2017 Bathurst 12 Hour winner Toni Vilander.

Brabham won his class in GT4 machinery in this year’s running of the once-around-the-clock race at Mount Panorama.

Following his PWC debut, the 24-year-old will return to Australia to partake in Additional Drivers Practice at the Coates Hire Ipswich SuperSprint on July 20 as part of preparation for his Pirtek Enduro Cup debut at Preston Hire Racing.