Pither: No decision yet on GRM enduro pairings 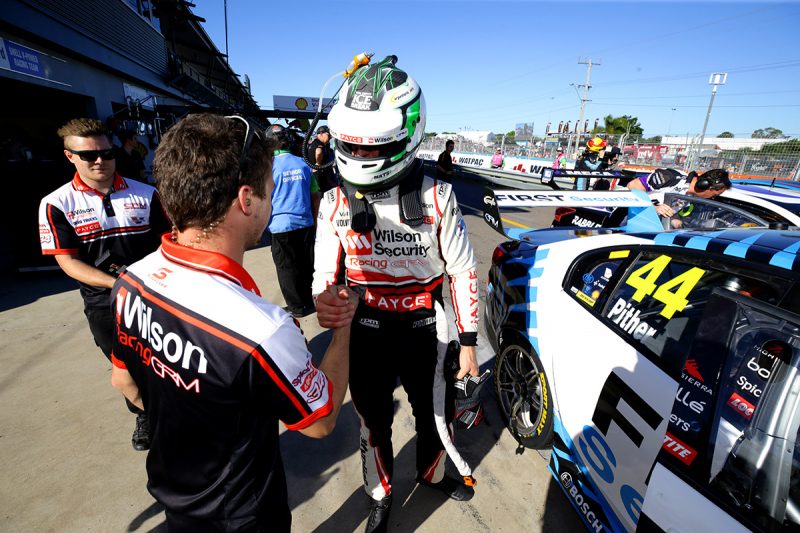 The New Zealander rejoined the GRM fold in conjunction with a return to the Dunlop Super2 Series this year, a campaign which he has described as his ‘best shot ever’ at winning the title.

He and Richard Muscat, who last year piloted the Super2 entry which Pither now drives, were announced as the Holden squad’s enduro drivers in December.

However, as has been the case in previous years, co-drivers were not specifically assigned to the team’s primary drivers Garth Tander and James Golding.

Tander and Golding drove together last year before the latter was promoted to a full-time seat, while Muscat was co-driver to the now departed James Moffat.

Pither, who was also at GRM for the 2015 enduros, currently sits second in the Super2 Series while Muscat has delivered some impressive performances alongside fellow Australian Ben Gersekowski in Lamborghini Super Trofeo Asia.

“The team hasn’t decided yet what the pairings are; I’d like to know, to be honest,” Pither replied when asked by Speedcafe.com if his strong Super2 form meant he would partner Tander.

“Hopefully in the near future we’ll get a bit more clarification on that, but I think in terms of height it works with Garth.”

Pither was somewhat off the pace on his return to Super2 in Adelaide but has since emerged as Paul Dumbrell’s nearest rival in the title race, sitting 136 points back from the two-time series winner.

The First Security-backed driver is the only multiple pole-sitter so far this season, topping the back-to-back Armor All Qualifying sessions at Symmons Plains and qualifying fastest for the Sunday race at Townsville.

Through the first 11 races across four rounds, Dumbrell has five wins to his name while Pither and Garry Jacobson have taken two apiece, including one each in Townsville.

Pither, who was fourth with Brad Jones Racing in the 2014 Super2 Series, believes that the current campaign represents his best chance to date to take out the title.

“(I’m) Really enjoying being at team GRM, it’s a really good atmosphere there, everyone’s really passionate and there’s a lot of positive energy within the team.

“After last year only doing the enduros, three (Supercar) races isn’t much as a racing car driver; you want to be in the seat a lot more than that.

“To have the chance to obviously do the enduros later in the year but (also) to do the full Super2 championship as well is awesome.

“The guys are working hard behind the scenes to give me the best car they can and I feel like this is the best shot I’ve ever had at trying to win the Super2 championship.

“We’ve just got to press on from here and hopefully we can close the gap up.”

Pither will have the chance to undertake more Supercars running in the Additional Drivers Practice session at the Coates Hire Ipswich SuperSprint on July 20-22.

Next Story McLaughlin: DJRTP has some things up its sleeve