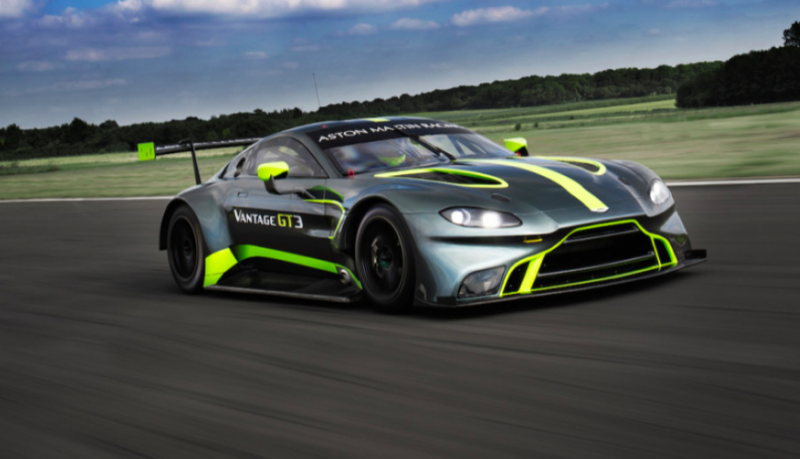 The all new Aston Vantage GT3 is set to be heading to Australia next year.

Swiss squad R-Motorsport has announced overnight that it plans to field the latest iteration of the Vantage GT3 as part of its two car assault on the Liqui-Moly Bathurst 12 Hour.

It is understood that the outfit would field the new car in addition to the two 2018 specification cars confirmed by organisers for the January 31-February 3 race yesterday.

However, this may still be the case if the new Vantage GT3 fails to undergo the required homologation and Balance of Performance testing before the race.

Usually SRO conducts such tests in March after the Bathurst 12 Hour which would make the car ineligible for the race.

Although, David Richards, chairman of the car’s developer Prodrive, told Speedcafe.com at this year’s Bathurst 12 Hour that the car was expected to be homologated in time for the trip to Mount Panorama.

“Despite the fact that the current V12 GT3 is still competitive we pin our hopes for long term success on the new challenger.

“There is no better event to debut the exciting new car than the Mountain.

“The 12-hour race is one of the most important long distance GT events worldwide and the race at the famous Mount Panorama is certainly also one of the most challenging.”

If the car fails to secure its homologation and BoP in time for the race, fans will not have to wait long to see the new Vantage GT3 on Australian soil.

Former Australian GT Championship owner Tony Quinn has placed an order for a car which he intends to race in the series he used to run.