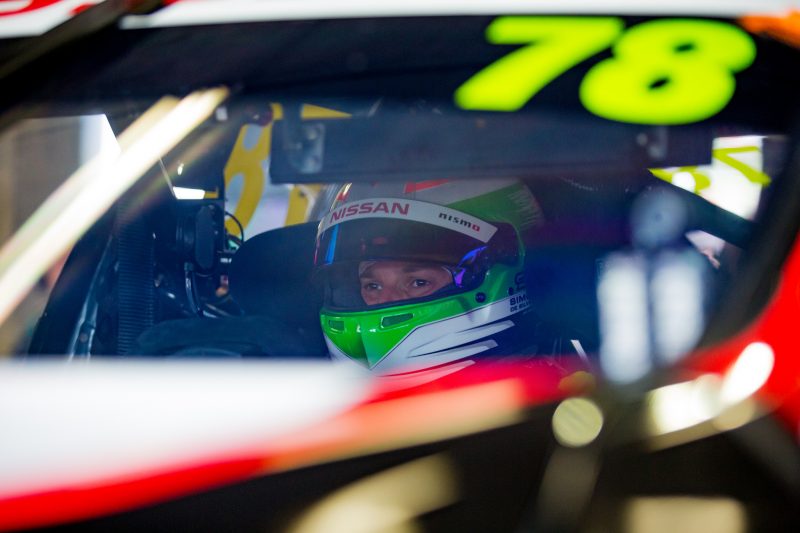 Simona de Silvestro has been tipped to join Triple Eight to pilot a third entry set to be vacated by Craig Lowndes at the end of the season.

The Swiss driver appears the favourite to move to the multiple championship winners following last week’s confirmation that Lowndes will step down from full-time Supercars racing.

Multiple sources told Speedcafe.com over the Watpac Townsville 400 weekend that it is already a done deal, although there has been no word from the driver or Triple Eight on the matter.

Team owner Roland Dane was coy when asked about de Silvestro during last Friday’s announcement regarding Lowndes’ future, but refused to rule out a move for the driver. He also was unable to confirm if his team will run more than two cars next season.

De Silvestro is committed to Supercars having originally penned a three-year deal from 2017 but revealed earlier this season that her future at Nissan was uncertain for 2019.

The 29-year-old is likely to bring commercial backing to the team having forged a partnership with furniture and electrical retailer Harvey Norman that initially brought her to the championship last year.

IT giant HP Australia, a sponsor that appeared prominently on de Silvestro’s car during a maiden Bathurst wildcard run in 2016, has also emerged on the Triple Eight cars over the Townsville weekend following the announcement of a new technical partnership.

It is also understood that should de Silvestro move to the squad she would head up a team expected to feature a significant female presence.

Triple Eight recruited data engineer Romy Mayer in 2015, who has since been working on Jamie Whincup’s car, would be an ideal candidate for a possible race engineer role.

Nissan Motorsport has however told Speedcafe.com that de Silvestro is contracted to the Braeside team for next year although it has been reported that her deal stipulates driving for a factory team.

The Japanese manufacturer is set to leave the sport and team Kelly Racing at the end of the year.

Holden has indicated its desire to see a female race a Commodore in Supercars but admitted over the weekend that it has no sway in Triple Eight’s decision regarding driver line-ups.

However, de Silvestro may not be the only option for Triple Eight.

Dane admitted that he wouldn’t be short of candidates when asked by Speedcafe.com about plans if a third entry is retained for next year.

It is known the Triple Eight boss has long admired Chaz Mostert although the 2014 Bathurst 1000 winner inked a new two-year contract with Tickford Racing until at least the end of 2019.

However, Speedcafe.com understands the 26-year-old has an out clause in the deal relating to the team’s performance.

Tickford Racing boss Tim Edwards rebuffed suggestions any of his drivers could be set for a move away.

“There is only one that hasn’t got a contract at the moment,” Edwards told Speedcafe.com, referring to Mark Winterbottom, whose deal is up at the end of the year.

Meanwhile, other drivers known to be out of contract for next year include Michael Caruso (Nissan Motorsport) and Lee Holdsworth (Preston Hire Racing).