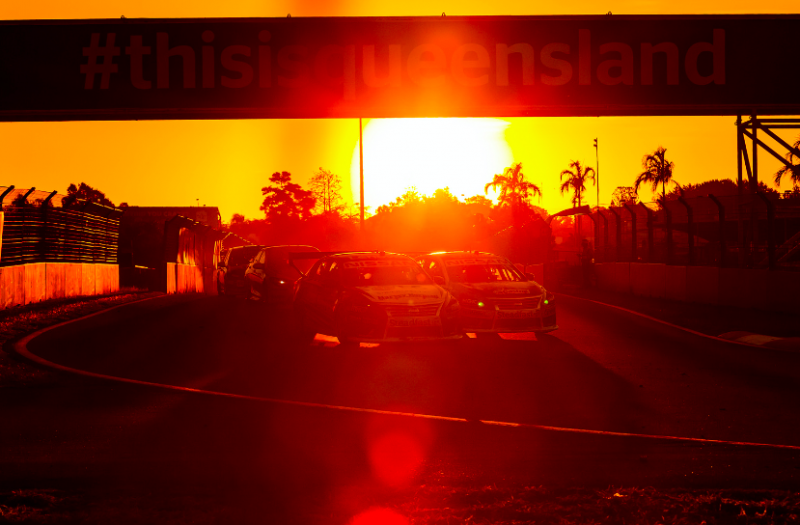 Supercars is understood to be evaluating a radical ‘Summer Series’ calendar concept that could be adopted for 2020.

Talk of what would be a seismic shift for the championship in the future was rife among teams and series partners in the paddock during the Watpac Townsville 400.

Speedcafe.com understands a campaign beginning in September and running through to May the following year is being investigated, with the idea if selected targeted for a possible introduction in 2020.

Such a move would coincide with the culmination of the current Supercars media rights deal with Fox Sports and Network Ten which is due to expire at the end of 2020. Discussions to secure a new contract are expected to be held this year.

The new proposal would provide racing during the Australian summer and an off season during the winter months, instead of the current season that runs from late February to the end of November.

It would see the championship largely avoid running up against the AFL and NRL football codes, which prove popular among the Supercar fan demographic.

A recent survey conducted by this website has the two winter sports on a par as the fans’ second favourite to motorsport.

One issue that could arise should the Supercars Commission approve the model would be the transition to the format.

For example there could significant periods without racing at the start of 2020 until the September curtain raiser which may prove unfavourable with teams and fans.

This would however be a one-off sacrifice.

Supercars CEO Sean Seamer was unable to confirm or deny claims it is investigating the concept when directly asked about the 2020 proposal by Speedcafe.com.

The championship is however continuing to format its 2019 calendar with the season opener and second round dates already locked in.

It is anticipated that the series will reveal its schedule in October.