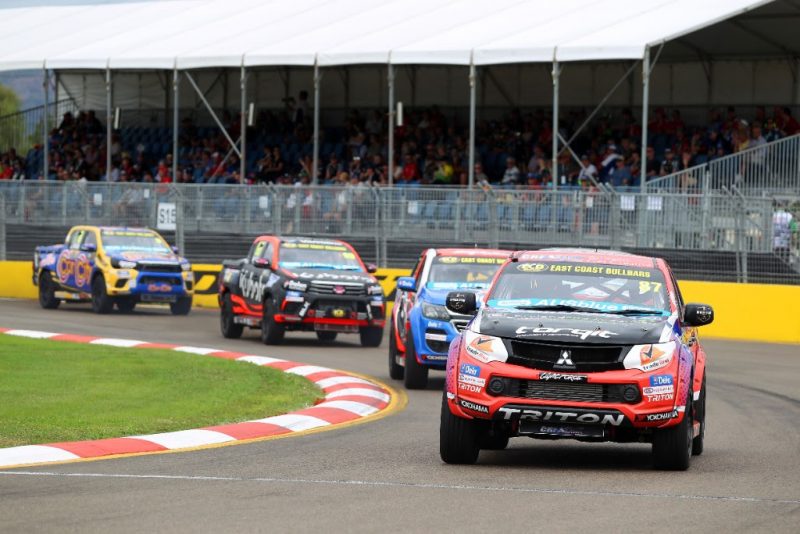 Cameron Crick will fill the breach for Dakar winner Toby Price when Round 4 of the ECB SuperUtes Series takes place at Queensland Raceway.

Price, a Mitsubishi ambassador, is this year driving one of the two factory-backed Sieders Racing Team Tritons.

His SuperUtes campaign is only part-time, however, owing to his off road program which is expected to keep him out of SuperUtes until Round 7 on the Gold Coast.

Elliot Barbour raced in the #87 Triton last time out in Townsville, qualifying on the front row alongside team-mate Craig Dontas and finishing fourth in his debut round.

Crick will test with SRT on Monday (16 July) before he too tackles his maiden SuperUtes meeting in Ipswich.

The Sydneysider competes in the Toyota 86 Racing Series, in which he currently sits third in the standings, and made a one-off V8 Utes start with SRT in the category’s final season last year.