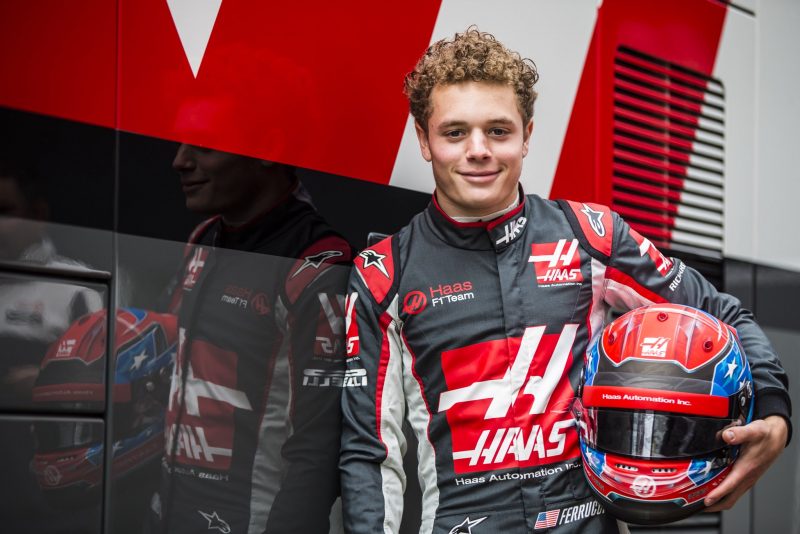 Santino Ferrucci has issued an apology after the American was banned for two rounds of the Formula 2 championship for his antics at Silverstone last weekend.

The Haas F1 development driver received more than $100,000 worth of fines, was disqualified from Sunday’s race and handed a four race ban for a number of infringements including driving while using a mobile phone, not attending the stewards hearings, forcing his Trident team-mate off the road and deliberately crashing into his team-mate on the cool down lap.

Trident issued a statement following the event branding its driver’s behaviour as “unsportsmanlike and above all uncivilised.”

On Monday, Ferrucci issued a statement of apology and claimed his absence from the stewards hearing was the result of anti-doping controls.

“I want to send my sincerest apologies for my actions on Sunday at the FIA F2 race at Silverstone Circuit,” the statement read.

“I used extremely poor judgement at the conclusion of the race getting far too close to my team-mate Arjun and swerved away only to graze his tire, very fortunately causing no damage or issue to his car.

“There was no intent, premeditation or any type of retaliation by my actions, only anger and frustration as this has been a horrific year.

“I have no excuse other than the fact that I am a twenty year old Italian American with a deep passion for motorsport, which is a very emotional sport.

“While there has been much provocation leading to my mental lapse, it is still not an excuse and I will make sure that this does not happen again.

“I realise I have embarrassed many people and I apologise to my sponsors, Trident, my fellow drivers, Haas F1, FIA, FIA F2, my fans, friends and family.

“I also want to apologise to the FIA Stewards for not being able to attend the hearing.

“I was randomly selected for a drug test, as were others, and this delayed my return to the paddock by over an hour.

“At that point I very quickly packed and had to leave for the airport to catch an early afternoon flight back to the US to attend to an extremely urgent time sensitive family medical issue.

“I was notified of the Stewards meeting as I was leaving and did send an email to my team manager to forward to the Stewards explaining that I had no option but to leave.”

Ferrucci’s ban will see him sit out events at the Hungaroring (July 27-29) and Spa-Francorchamps (August 24-26), where the Formula 2 Championship heads next.