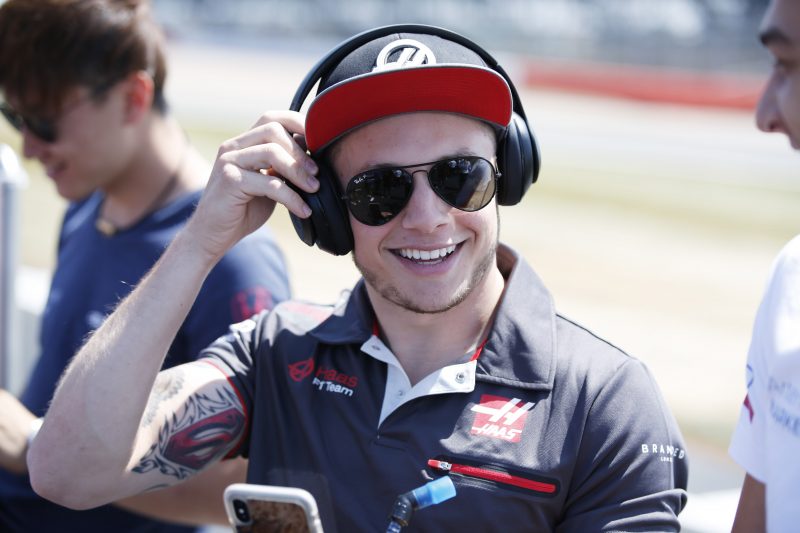 Formula 2 driver Santino Ferrucci has copped a four race ban for causing a collision on the cooldown lap which was among a series of bizarre misdemeanours committed at Silverstone.

The Haas Formula 1 junior deliberately drove into the rear of his Trident team-mate, Arjun Maini’s car on the cooldown lap of Sunday’s sprint race.

He was then observed transitioning between the F2 and F1 paddocks ahead of Sunday’s race with a glove off, which is forbidden against the Technical and Sporting Regulations of the championship.

Additionally, Ferrucci was holding a phone in his hand while driving between the two paddocks, an offence which is highly frowned upon by the FIA.

The American was also deemed to have forced Maini off the road in the sprint race at The Loop while Maini was trying to overtake, and was ultimately disqualified from the results.

It wasn’t the first time the pair had clashed over the weekend, with Ferrucci and Maini coming to blows in Saturday’s feature race, where the former once again pushed his team-mate off the track, receiving a time penalty.

At the conclusion of Sunday’s race, the 20-year-old was summoned to a stewards hearing, however, declined to attend.

As a consequence, Ferrucci has copped a four-race ban, which will see him miss the next two rounds at the Hungaroring and Spa-Francorchamps on top of a €60,000 ($95,000 AUD) fine.

For the offences of driving while holding a phone and in absence of a glove, Ferrucci was slapped with an additional €6000 ($10,000 AUD) fine.

Trident released a statement, backing Maini in the clash with his team-mate and accusing Ferrucci of “unsportsmanlike and above all uncivilised behaviour”.

Alexander Albon won the feature race on Saturday ahead of George Russell and Antonio Fuoco who claimed a lonely third.

Maximilian Gunther narrowly took his maiden F2 victory in the sprint race following a late charge from Russell, who closed to within 0.5s of former at the line.

Russell continues to lead the championship standings by 37 points over Norris, with the FIA Formula 2 Championship heading to the Hungaroring next for Round 8 from July 27-29.