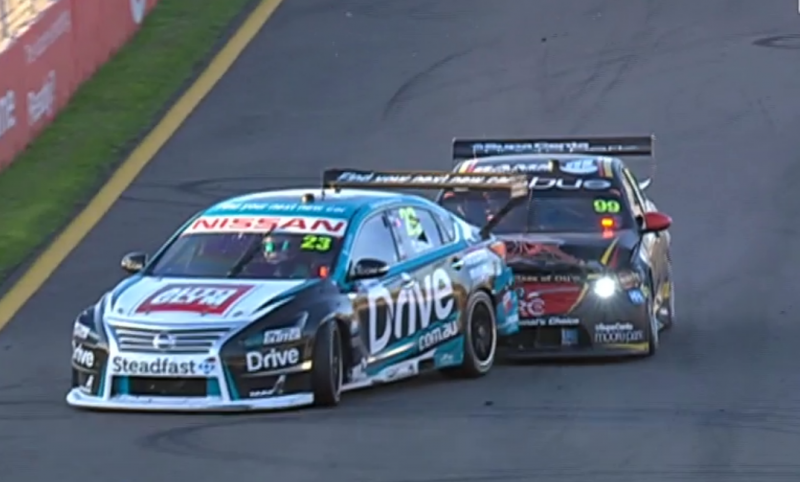 Anton De Pasquale has lost 35 championship points for his clash with Michael Caruso in Townsville while three Supercars teams have been fined for improper drainage of bath water.

Caruso had run off and clouted an infield tyre barrier at Turn 11 late in Race 18 at the Watpac Townsville 400.

The Nissan Motorsport driver and De Pasquale were battling for 19th when Caruso moved to driver’s right in an attempt to cover a possible pass.

At that point, the Erebus Motorsport Commodore hit the rear of the Altima in an incident which caused the only Safety Car of the afternoon.

While the two initially disagreed over the rookie’s culpability, De Pasquale later admitted to an act of ‘Reckless Driving’ according to the Stewards Summary.

Jack Le Brocq was another to fall afoul of officials, who added 15 seconds to his race time for ‘Careless Driving’ after he made contact with Will Davison at Turn 3 on Lap 66.

The Tekno Autosports Commodore dropped from 11th to 18th as a consequence.

Davison’s afternoon finished with the 23Red Falcon’s nose stuck in the tyre wall at Turn 6 after a mid-corner touch with James Golding on Lap 68.

In that case, the Garry Rogers Motorsport driver escaped sanction after stewards determined neither driver wholly or predominately to blame for the Incident.

Todd Hazelwood was similarly cleared for a coming-together at the same corner on Lap 2, which saw Andre Heimgartner break into a wild slide on the dirt.

Simona de Silvestro and Garth Tander were both given in-race penalties for separate incidents at the second corner of the race with Caruso and Richie Stanaway respectively.

Meanwhile, three teams were fined $1000 with $500 suspended until year-end for improperly draining water from drivers’ ice baths in the paddock.

“The Stewards imposed a Fine of $1000, with $500 suspended until 31 December 2018, on each of the Teams listed (above) for a breach of Supplementary Regulation 5.6 (Teams are not permitted to drain Driver’s bath water at any time into the Paddock),” read the Stewards Summary.