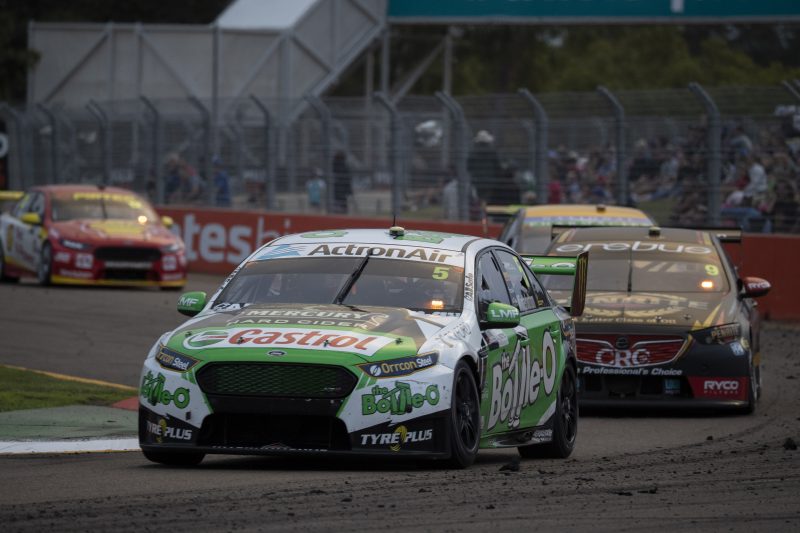 Tickford Racing likened a double top 10 result to winning a race as Townsville offers hope its torrid run of form is coming to an end.

After leaving the previous round in Darwin without a top 10 across its four drivers in the two races, the finishes were received like a victory, according to Tickford boss Tim Edwards.

The results were the best recorded by Winterbottom and Waters since the trip to Perth in May which also saw the team score its only podium finish this year.

Meanwhile, Chaz Mostert finished 13th after being caught up in an unfortunate pit stacking incident with Winterbottom, while Richie Stanaway struggled to 23rd position.

Edwards says his team is continuing to use race weekends to trial components in order to unlock potential from its Falcon package to challenge the front runners.

“Unfortunately finishing sixth and eighth was like winning a race when we’ve had a torrid time like we have,” Edwards told Speedcafe.com.

“Frosty and Cam being sixth and eighth was good and they are finding some direction which is encouraging.

“We have been trying pretty hard and testing things in public and we saw a little bit of that with Chaz, and things don’t always go to plan.

“The encouraging thing with Chaz’s car was the that in the middle stint of the race he was on fire and was fastest car on track for a long period. Unfortunately he got caught up with Frosty having a tyre drama and we were already set up to pit Chaz.”

Edwards admitted that there are significant variations across its four cars this weekend as the squad throws its full resources into turning around its fortunes.

“There are some big variations in the cars because that is what we have to do. We have to air our dirty laundry in public and test things and the quickest way to do that is to have different cars with different parts,” he added.

“We are learning a huge amount at the moment and it has been great to see how we have dug so deep and designed, manufactured and fitted these parts to the cars. It is incredible the people we have got working for us.”

The squad will return to the track today for the conclusion of the Watpac Townsville 400 that begins with Armor All qualifying at 1130 AEST.