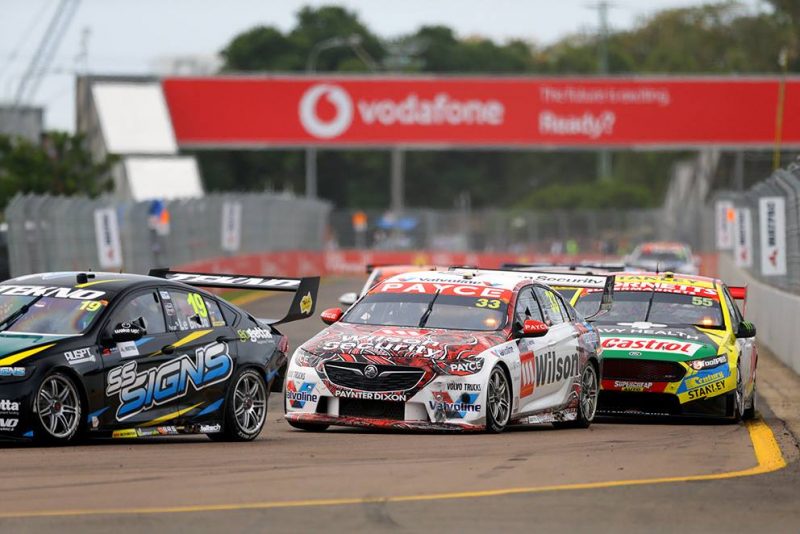 Stewards have handed Garth Tander a post-race penalty for his role in a multi-car incident in Race 17 at the Watpac Townsville 400.

The Garry Rogers Motorsport driver has been slapped with a 15 second time penalty for careless driving following a clash involving James Courtney and Anton De Pasquale at Turn 2 on Lap 2 of the race.

Courtney’s #25 Mobil 1 Boost Mobile ZB Commodore was spun after a touch from Tander (#33 Wilson Security ZB Commodore) although the latter appeared to be unable to avoid contact due to De Pasquale’s (#99 Erebus ZB Commodore) presence on his inside.

Stewards used judicial camera and broadcast footage to arrive at their decision which sees Tander drop from 16th to 21st in the results.

“Following a post-race DRD investigation (involving a review of Judicial Camera footage from Cars #25, #33, #55 and #99 as well as Television Broadcast footage) and an admission of a breach of Schedule B2, Article 2.1 (Careless Driving), the Stewards imposed a 15 second post-race Time Penalty on Car #33, Garth Tander, for Race 17 of the Virgin Australia Supercars Championship,” read a report from the stewards.

Officials investigated the contact between Courtney and Jack Le Brocq (Tekno Autosports) that resulted in the latter finding the wall hard on the final lap of the race.

It was deemed neither driver was wholly or predominantly to blame for the incident.

Stewards also determined that a sanction was not required for a clash between Simona De Silvestro (Nissan Motorsport) and Todd Hazelwood (Matt Stone Racing).

The incident resulted in Hazelwood popping his right shoulder out of its joint as he tried to recover his car after the hit.