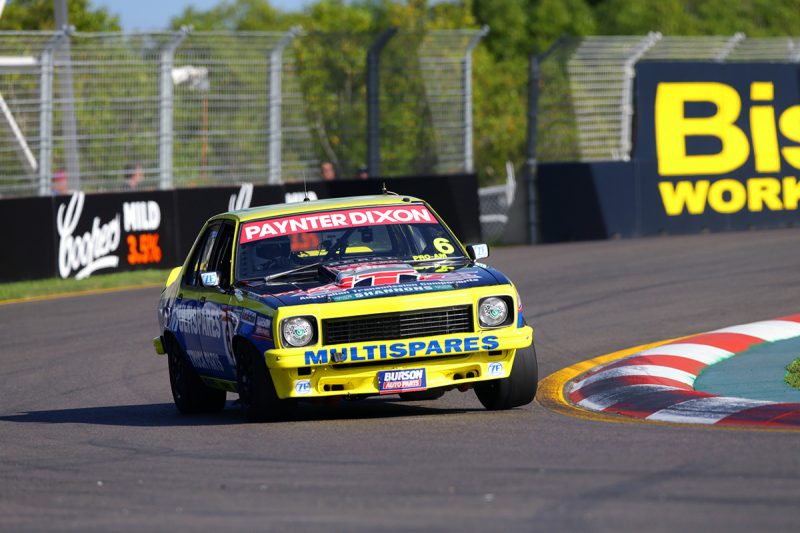 Ryan Hansford benefitted from dramas that befell Steven Johnson and John Bowe to win the final Paynter Dixon Touring Car Masters race of the weekend at the Watpac Townsville 400.

At the start of Race 3, however, things didn’t go quite to plan for Bowe when he was turned around by Bruce Williams (Holden Torana) at Turn 2 on the opening lap.

The incident was investigated though no action was taken by the stewards post-race.

Out front, Johnson began to extend his advantage until he also struck trouble when a throttle wire issue forced him to slow dramatically on Lap 4.

The 2017 series champion managed to limp his Mustang back to the pits and eventually rejoined the race, but did not complete enough laps to be classified.

Hansford therefore inherited the lead following Johnson and Bowe’s problems, as the latter tried to charge his way back to the front of the field.

In the end, Bowe recovered to third as Hansford took a maiden race win ahead of Bressington in second.

Bowe’s efforts handed him the round win, while Johnson slipped back to seventh for the round, despite his two race wins earlier in the weekend.

Touring Car Masters will now gear up for Round 6 at the Sandown 500 from September 14-16. 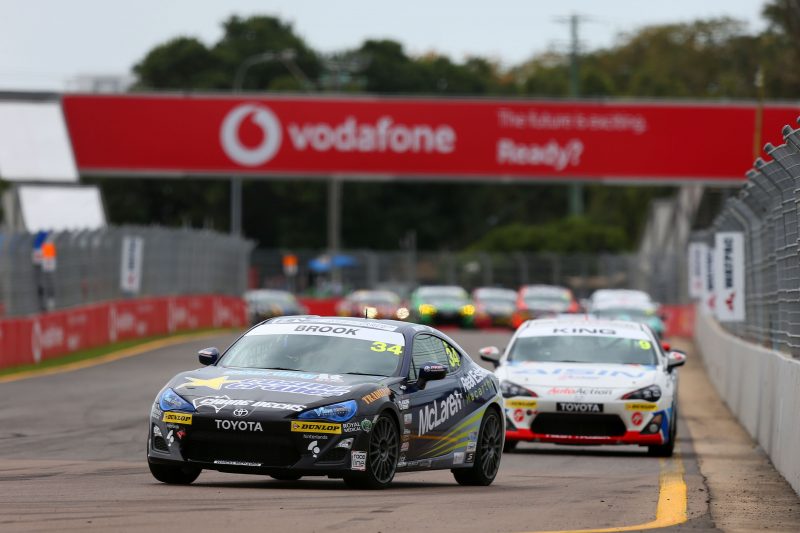 Tim Brook has completed a clean sweep in Round 2 of the Toyota 86 Racing Series.

Brook continued his race-winning Saturday form into Sunday, dominating the final two races of the weekend.

Finishing both affairs in second was Luke King, while Jake Klein and Cameron Crick duked it out behind.

Crick claimed third in Race 2 but lost out on the start for Race 3 when Klein made a move early in the encounter.

Klein then spent the remainder of the race defending from Crick, before the latter out-braked himself at Turn 2 on Lap 9 while attempting to pass, and ran down the escape road.

Crick ultimately dropped to fifth until Broc Feeeney also got by in the closing stages as Dylan Thomas picked up fourth.

Carving his way from the last row of the grid thanks to engine issues on Saturday was invited driver Warren Luff, who climbed to 19th in the morning hit out before finishing 20th in Race 3.

Brook ended up with the round win ahead of King, Klein, Crick and Thomas in fifth for the round.

The Toyota 86 Racing Series continues with Round 3 set to take place at The Bend Motorsport Park from August 24-26.