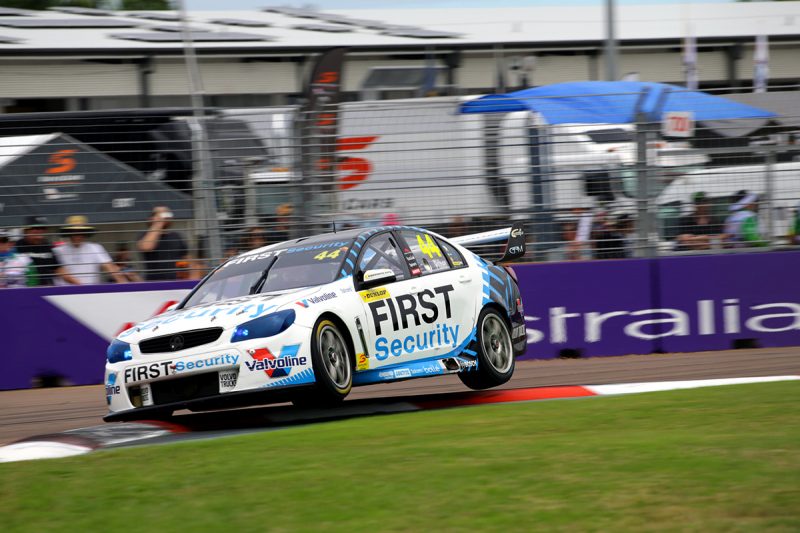 Chris Pither will start this afternoon’s second Super2 race from Armor All Pole Position after edging Macauley Jones with a late flyer on the streets of Townsville.

Just 0.0435s separated the Race 2 pole-sitter from the man who qualified fastest a day earlier, while second-year driver Brodie Kostecki continued his good one-lap form in 2018 with the third-fastest time.

Pither left it until the final minute of the quarter-hour session to reel out a 1:14.2560s in the #44 Garry Rogers Motorsport VF Commodore.

The lap gave the New Zealander another pole to put with the two which he earned in Round 2 at Symmons Plains, and means he is still the only multiple pole winner so far in 2018.

Jack Smith will start directly behind his team-mate having put the #21 VF Commodore fourth on the grid.

Row 3 is an all-Eggleston Motorsport affair of Paul Dumbrell (#88 VF Commodore) and Will Brown (#38 VF Commodore), the latter making the top 10 for the first time in four qualifying sessions.

Alex Rullo went early for his second run only to arrive in heavy traffic for the start of a flying lap, when he had a near miss with Shae Davies at Turn 1.

He still managed to wheel the #62 MW Motorsport Nissan Altima to seventh with his next lap and will start alongside Thomas Randle (#5 Tickford Racing FGX Falcon).

The second and final Super2 race of the weekend starts at 1445 local time/AEST.